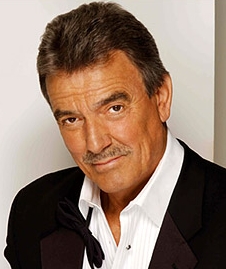 A word that is often used to describe Victor is "ruthless". He started off as being evil but has softened some over the years to the point where he's more a hero of the show than a villain. The other characters on the show often hate him, but the audience loves him and often roots for him. Like most soap magnates, he runs a huge conglomerate.

The show has had many stories revolving around his business and the other companies he's had dealings with, such as Jabot. Boardroom politics are as important on the show as bedroom antics. Victor grew up as a poor orphan, so he's always had to fight hard to get what he wants, and he values the family he has created. Victor was very jealous when his first wife had a close friendship with another man, and he caused his wife to miscarry their baby by arguing at the top of the stairs. After she turned to the other man, he imprisoned that man in the basement. Then he tortured him. But Victor doesn't do things like that any more.

The love of his life is Nikki Newman, a former stripper, but they have had a long and rocky relationship. They were married and divorced a few times. The other major woman in his life was Ashley Abbott, whom he had an affair with while married to Nikki the first time. Ashley got pregnant and aborted his baby, which ended their relationship. Years later, Ashley stole Victor's sperm from the sperm bank and got pregnant to make up for that earlier time, but she did it without telling Victor or anyone else. Now she is suffering the consequences of those actions from both Victor and her husband Brad. Victor's relationship with Ashley, as well as his taking over Jabot when it went public, have created life-long enemies in Ashley's brother Jack and her father John.

Victor often uses his power and wealth to get his way and to intimidate others. He has blackmailed, faked his own death, lied, cheated, etc. but usually Victor is the winner and does not pay for his crimes.Recently he was sentenced to community service for underhanded business tactics against Jabot, so Victor is spending a lot of time with wayward youth, which is quite a different side of him. He values his son and daughter, but his personal and business relationships with them often clash, creating problems.