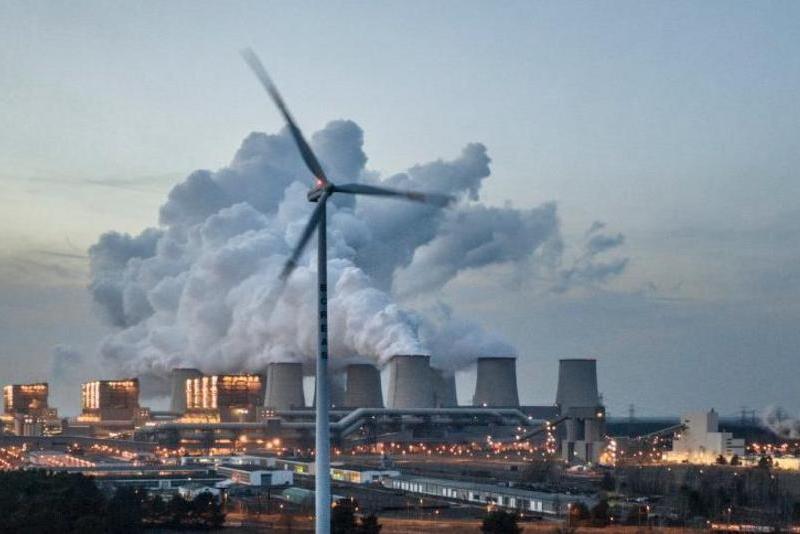 As Germany is one of the most environmentally conscious countries in the world, rural areas are dotted with groups of huge wind turbines, efficient but unfortunately not as attractive as the old Dutch style "windmills". These are plugged directly into the nations power grid, as are solar powered energy sources.

Additionally, despite most areas of Germany not being known as tropical sun spots, house, factory and even stable and cow shed roofs sprout solar panels, adding "green powered" warmth to the occupants. 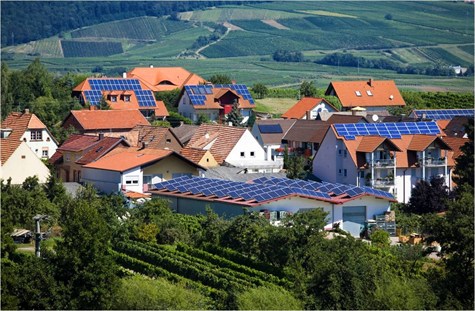 It was Freiburg, a small university town in South West Germany, which many years ago had the first European hotel entirely run on alternative energy sources, and their premier league soccer stadium is solar powered.

And this is just one town among many that concentrate on using alternative energy whenever and wherever possible.

However even without the talking point of radioactive Wildschwein roaming the countryside, nuclear energy has returned as a topic debated throughout Germany, causing problems for Chancellor Merkel.

While neighboring countries like France invest heavily in a nuclear energy powered future, the Germans are more cautious about the whole concept, so the country has been aiming towards gradually reducing nuclear energy and replacing it with "renewables".

Energy produced by the sun, wind, including those wind turbines and solar panels, rain, the tides, and geothermal heat, warmth that is sourced from the ground.

Despite the fact that nuclear power could be classed as "clean" because it releases no greenhouse gas, it does produce radioactive waste material, which has to be disposed of, although no safe way has yet been found to do this, while in addition there is always the specter of nuclear accidents.

The German government created some of the most extensive and far reaching objectives in the world for the protection of the climate and establishment of renewable energy and, regardless of which party happens to be in power in the coming years, there was a plan that by 2020 re-newables would be in the position to supply 35% of electrical requirements, and 80% by 2050.

Described as "a nuclear bridge towards a greener future", the stated intention was that nuclear power would continue to be used as a temporary substitute, taking the place of diminishing fossil fuel reserves while aiming for a future fueled by sustainable energy resources. However to bring this plan to reality required not only an extended time span but an enormous amount of financial investment, a great deal of it expected to be supplied by the nuclear power companies who utilized their position of power to serve their own interests.

When presenting the intended 40 year energy scheme, the German Economics and Technology Minister of the time said "The path towards an age 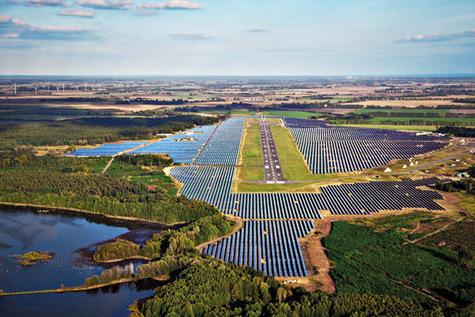 of renewable and efficient energy is possible and can be traversed, but this path also takes time and costs money". For some this was a problem, although as a long term scheme it was impossible for it to become immediately effective, and in the beginning a major change in thinking, as well as vast financial investment, would have been required.

To make the plan operational it was decided some of the old nuclear reactors due for retirement had their working lives extended, something that pleased the nuclear power companies who would have continued to make huge profits, but not many of the German population or the country's close neighbors such as Austria. It had been planned that all nuclear reactors would be phased out by 2021, and the older and more vulnerable, ones before that time.

Despite the idealist and genuine "green future" background to the whole situation there was talk of a sell out to the big power concerns, who had demanded and received huge concessions and, despite having to underwrite a large part of the development costs of the scheme, continue to be in line to gain financially at a disproportionately high level.

The movement lobbying to close Germany’s nuclear plants increased in size, power and influence after the nuclear fallout from the Chernobyl disaster caused chaos and contamination in Germany and throughout Western Europe, with some after effects still remaining over 25 years later. While additionally the projected continued use of reactors would have lead to additional nuclear waste, the long term storage of which remains a continuing and unsolved problem.

Nuclear energy has been called "a technology from yesterday", and although the previous agreement was to phase it out by 2021, in 2010 against a background of vocal and undisguised disagreement from demonstrators, members of the public, media commentators and government and opposition party members, a revised plan meant that Germany, with its reputation as one of the world’s "greenest" countries, would have been able eventually to offer future generations something of a Utopian power source system.

However, in order to achieve this, it was envisaged that for three decades it would be necessary for nuclear power, with its all its advantages and disadvantages to generate most of the countries electrical supply.

All this changed in March, 2011, after the Fukushima Daiichi nuclear disaster, with its equipment failures, nuclear meltdowns, and release of radioactive material. Many of Germany's nuclear reactors were immediately shut down permanently, the date for the rest to be phased out was brought forward to long before the original scheduled closure.

However, due to the speed and changes in planning and financing now involved, the changeover has not avoided encountering developmental problems as well as additional expenses affecting every level of consumer. Nevertheless the country once again has taken the lead in plans and action, although it remains to be seen how soon it will be before it is possible for Germany to become a country powered entirely by nuclear free energy, and what additional obstacles it will encounter on its journey.