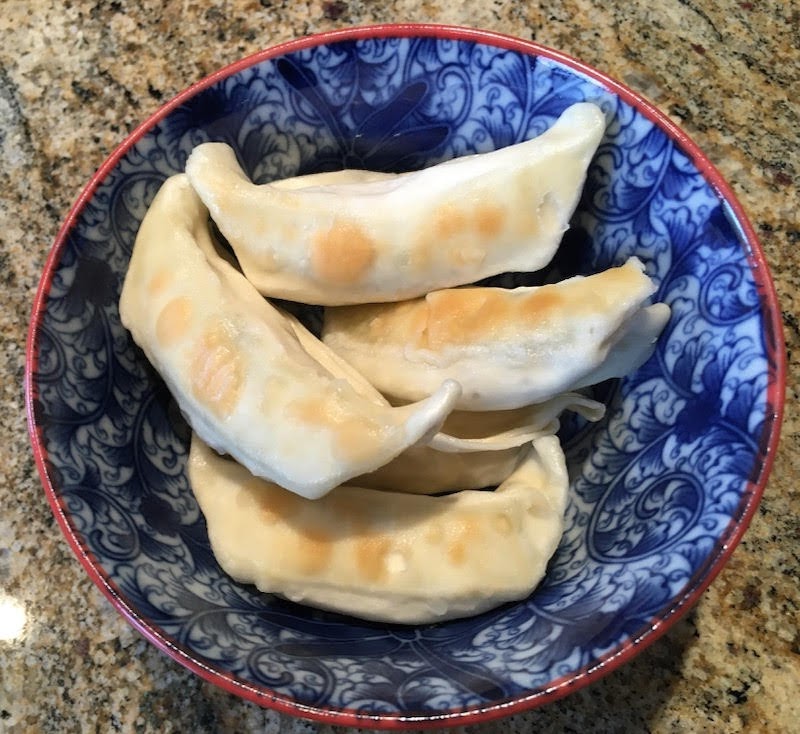 Chinese New Year 2020 arrives on January 25th and marks the Year of the Rat. One of the favorite traditional foods served on Chinese New Year are dumplings. Chinese dumplings are also known as jiaozi, gyoza, and are sometimes called pot stickers in the western world. These delicious filled little packets are shaped like old Chinese currency and therefore they represent good luck and prosperity in the new year. Here are some delicious Chinese dumpling recipes to serve for this upcoming holiday:

Traditional Jiaozi Recipe
Traditional Chinese dumplings are filled with a mix of ground pork and cabbage. These are the type of dumplings that are most commonly served on Chinese New Year. The wrappers for these dumplings can be found in most local grocery stores. They are sometimes called gyoza skins, or pot sticker wrappers. In this recipe the dumplings are pan fried like pot stickers, however you can also simply boil them in a pot of water and serve them with soy sauce and vinegar on the side. This is how my family would eat them on Chinese New Year.

Vegetarian Dumpling Recipe
If you have a vegetarian guest or are one yourself, these dumplings are perfect for Chinese New Year. Filled with a flavorful mix of cabbage, carrots, and straw mushrooms, these are quick and easy to make. Using ingredients such as a bag of coleslaw mix, which is readily found in most local grocery stores, saves the time and labor of having to chop cabbage, and peel and shred carrots. The canned straw mushrooms in this recipe can also be found in the Asian section of most grocery stores, however you may also use fresh sliced mushrooms as well. If you or your guest is vegan, make sure to purchase the vegan dumpling wrappers. These are made without egg.

Shrimp Dumpling Recipe
These shrimp dumplings are made with shiitake mushrooms and cabbage and make a great addition to any New Year celebration. This recipe uses dried shiitakes, however you can also use fresh ones if you prefer.

If you are short on time and still want to serve Chinese dumplings for the New Year, you can usually find them frozen in most Chinese grocery stores. Trader Joes also offers several different versions in their frozen section. Enjoy, and have a happy Chinese New Year.

Content copyright © 2019 by Lila Voo. All rights reserved.
This content was written by Lila Voo. If you wish to use this content in any manner, you need written permission. Contact Lila Voo for details.