At E3, one of the games I was very interested in was the Da Vinci Code game. I've been researching this book for years and am quite curious how the game will play out.

You get to be both Robert Langdon and Sophie Neveu which is cool - most mystery games have you being either male or female. You roam through the Louvre, St. Sulpice, the Templar church, and many other locations from the book and movie. You of course do platformy things and puzzle solving while you try to track down the mystery.

Here are a few screenshots from the game! 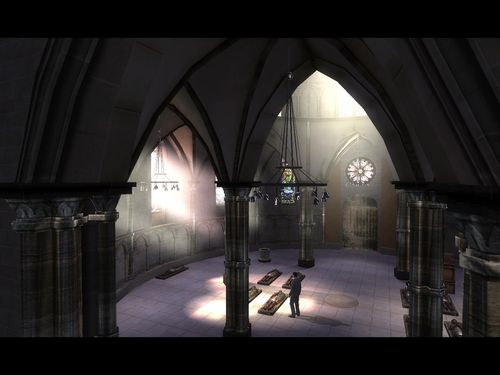 This is from the Templar church in London. It is pretty accurate although of course when I was there I couldn't "hover" up in the sky to see it from this angle :) 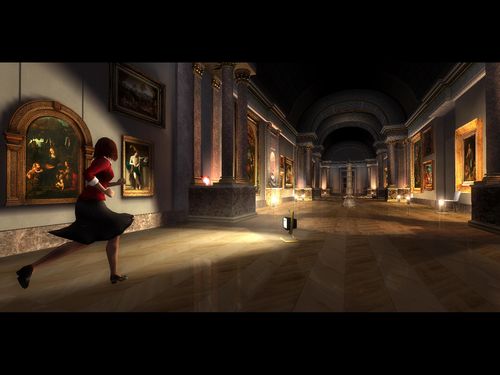 Here we have Sophie Neveu running like a madwoman down the main hall of the Louvre near the Mona Lisa painting. I chuckled at the "gorgeous" parquet floors that the book raves about - in reality they are very worn, normal herringbone patterns. You can see them here. Of course in this computer version they are quite polished and shiny. They need much more dust and wear :) 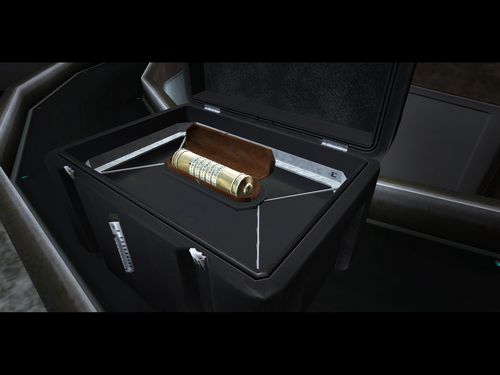 Here we have the infamous Codex, with its papyrus-eating vinegar. Several researchers have disproven that vinegars could destroy papyrus so that it would become unreadable. Still, it's always fun to dream.

I'll be adding a review of this game as soon as it's released! It comes out on May 19th, along with the Da Vinci Code movie.