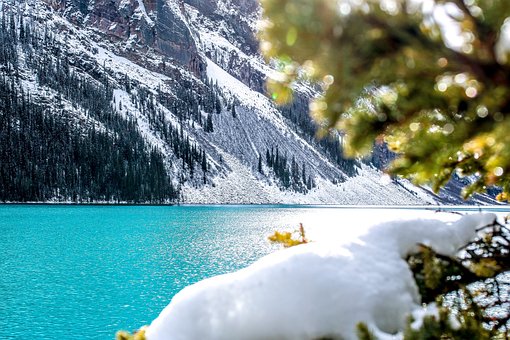 For many, Canada is synonymous with cold. Winter seems to be our nickname, but there are a few key facts that may surprise many.

Yes, Canada experiences winter on the calendar from December to March, but it can arrive much earlier and stay much longer. It is impossible to sum up winter in Canada with common terms like “it’s cold, it has snow, it is long. Like its people, winter in Canada is diverse.

The first part of the winter equation in Canada has to account for Canada’s sheer size. As the world’s second-largest country (Russia is the largest), Canada encompasses 3.8 million square miles. Most of the population lives and thrives along the 5 525 miles long border shared with the United States (not including the Alaskan border stretch).

Interestingly, Windsor, Ontario, is roughly at the same latitude as Northern California and most Canadian live further south than people in the UK and even northern Italy. That is just a sample of how complex the Canadian landscape is.

In Vancouver and Victoria on the west coast, the climate is mild. It’s possible to grow palm trees, and Victoria is typically green all winter long. Only the occasional snowfall shrouds the city. Vancouver is similar to Seattle and thrives in a climate of rain and seasonal humidity.

People are always interested in weather phenomena, and strange ideas about how we survive in such inclement weather are topics of discussion. Because of Canada’s size and geography, the weather is varied. The Great Lakes in central Canada influence the weather as much as The Rocky Mountains in the west, and the open prairies have other elements that affect the temperature. To demonstrate this point, follow the numbers across the map from west to east to appreciate the vast differences in our temperature fluctuation. These are the coldest temperatures recorded: Victoria is the mildest at 14F, Vancouver follows with moderate -1F, Calgary comes in at -46F (not a typo), Saskatoon sets the record with -70F, Toronto can reach -24F, Montreal -29F and on the east coast, Halifax a balmy -29F.

The east typically experiences heavier snowfall and is also affected by dampness that the prairies don’t share. When Calgarians talk about their minus temperatures, they do so by saying, “but it’s a dry cold.” The drier air quality does affect how the temperatures feel. But make no mistake, it’s cold and even dangerous. Dressing in layers is key to surviving winter.

Wearing fur is a thing of the past for most, yet those Canadians living in the far north still do because of tradition and necessity. In the prairies, our cars come equipped with block heaters so that when the temperatures drop, we heat our engines. Our tires sometimes feel like they are square. In central Ontario and the interior of British Columbia, it is prudent to invest in snow tires. It’s always wise to have an emergency survival pack in the car; a shovel is handy, as is a complete set of common sense.

When Leonardo DiCaprio filmed the ‘Revenant’ in Alberta, he thought global warming had come to make a personal appearance. However, it was only a warm Chinook wind, which can drastically change the temperature in an hour. For example, in Pincher Creek, just south of Calgary, a Chinook wind influenced the temperature in an hour, raising it from 2.2F to 71.6F. For some people, that change can bring on dizzy spells and migraine headaches. But the warm result is always appreciated. Another common sight in Alberta is a Chinook Arch. This unique formation is called a mountain wave cloud and is common throughout winter on the east side of the Rockies in Alberta and Montana. Of course, the media had a field day at Leonardo’s expense. Not sure he will ever live that down that epic foible.

To keep busy in Winter, Canadians enjoy many winter activities and sports. Skiing, cross-country or downhill, is a favorite in Alberta, British Columbia, Manitoba, Ontario, and Quebec. Snowshoeing is also a great cardio exercise that many enjoy not only for fitness but also for serenity. Those living close to lakes may enjoy ice fishing; snowmobiling is widespread across the country and is also a means of transportation in some areas.

Most cities and small villages have an outdoor or indoor hockey rink; hockey is a popular sport for boys, girls, and adults. Some hibernate; they enjoy theatre, museums, concerts, and even pick up winter craft hobbies to pass the time. Children build snow forts, toboggan, and build snowmen. Those who are really adventuresome spend a night in The Hotel Ice in Quebec.

Regardless of which area in Canada a person visits, winter has something to offer. Hoar frost is a thing of beauty to witness. Canadians are hardy; we enjoy bragging about the amount of snow and our subzero temperatures.