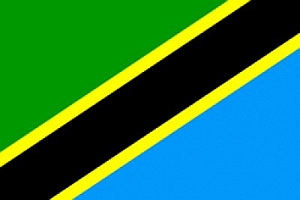 This flag can be purchased
at AfricaImports.com
Flag: Divided diagonally by a yellow-edged black band from the lower hoist-side corner; the upper triangle (hoist side) is green and the lower triangle is blue

Size/Area: 365,000 sq miles (including the islands of Mafia, Pemba and Zanzibar) — about twice the size of California

Languages: Swahili (official) and English; some Arabic is also spoken in Zanzibar 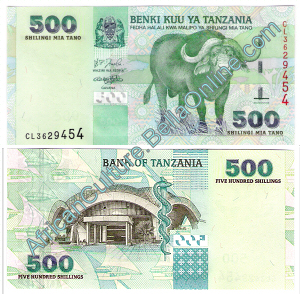 Climate: Varies from tropical along coast to temperate in highlands. The rainy seasons are from November to early January and from March to May.