Alternate Names: Seychelles (The name was given by the Portuguese meaning "Seven Sisters") 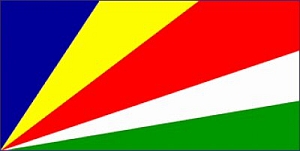 Flag: There are five oblique bands of blue, yellow, red, white, and green radiating from the bottom of the hoist side.

Date of Independence: June 29, 1976 from the United Kingdom 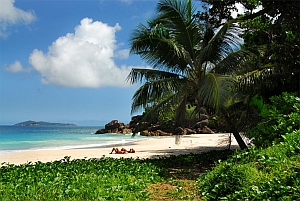 Climate: Seychelles has a tropical marine climate that is humid. It is cooler from late May to September and warmer from March to May.