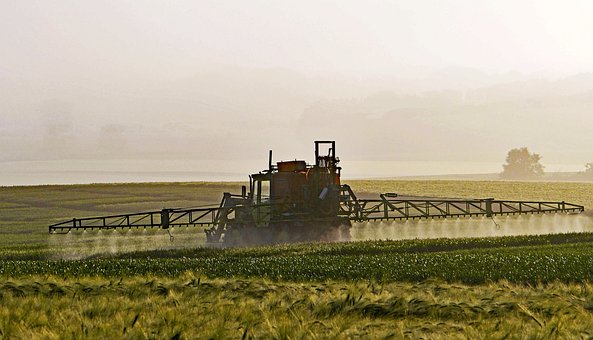 Researchers at Mount Sinai School of Medicine recently co-authored an editorial to ask questions about the influence of environmental toxins in the development of neurological differences. Ten chemicals that are commonly found in consumer goods and the environment were identified as possible environmental contributors to neurological differences in children. Along with Attention Deficit Disorder, these toxins are believed to interact with a person's genetic code to cause Autism Spectrum Disorders and learning disabilities. Here is the list of toxins that was in the editorial by Philip Landrigan, MD, MSc, Luca Lambertini, PhD, MPH, MSc and Linda Birnbaum. I have annotated it to show where the chemicals are most commonly found. These are their top 10:

1. Lead **Paint in older homes that contain lead-especially if it is peeling or weathered into dust. **Lead plumbing in older homes. **Some candies from Mexico. **Children’s jewelry. **Toys painted with lead paint. **Ceramics with lead glaze.

2. Methylmercury **Contained in contaminated meat and fish, this is-usually found in the highest predator on the food chain.

3. PCBs **Banned since 1979 in the United States, this toxin persists in the environment. It was used by the energy industry in the transmission of electricity. **Paint production. **NCR (carbonless) paper. **Wire coatings using PVC.

4. Organophosphate pesticides **These phosphates are used in agricultural applications to control pests. Vegetables and fruits are sprayed with this class of pesticide. **Used in recreational areas and yards to control mosquitoes.

5. Organochlorine pesticides **Many of these chlorinated hydrocarbons are no longer used in the United States. This pesticide lasts for years in the environment where it was once used. Molecules accumulate in fatty animal tissue. Fish, fatty wild game, and eggs can carry these pesticides.

9. Brominated flame retardants **Added to cloth materials used in homes to retard flames, this chemical is also found in computers and other electronics.

10. Perfluorinated compounds **If it is water-proof, water resistant, or stain resistant it possibly contains PFCs. Non-stick coatings on pans and other metal surfaces contain this, and they release it when overheated. (Side note: this is especially toxic to pet birds and is known to kill them.) There are also PFCs in items like cosmetics, shampoo, dental floss, latex paint and electrical tape.

These toxins are believed to interfere with the proper development of the body’s neurological systems. Fetuses and small children are considered especially vulnerable, due to rapid brain development. However, older children and adults may also be affected.

The diagnosis of neurological differences seems to be on the rise. Is it better diagnostic criteria, a stronger awareness by the general public and medical practitioners, or something else at work here? Only time and more research will tell the larger story, but researchers think that these chemicals may be implicated in the development of some cases of ADD and other neurological differences.


You Should Also Read:
ADD is a Biological Disorder
Brain Imaging Research and ADD
Lead and ADD Development