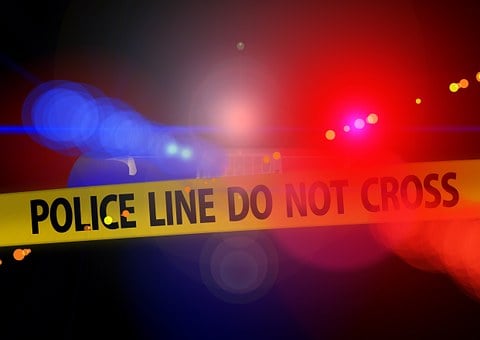 Have you ever known a young person who went to jail? It’s heartbreaking for the people who care for that kid. If you have known an incarcerated youth, did he have Attention Deficit Disorder? When teachers discuss students that they have known who have gone to jail, one of the common factors for the students is that most of them have Attention Deficit Disorder, and that the ADD/ADHD is not being treated. Recent research confirms what teachers have long known.

According to Dr. Russell Barkley, a doctor from the United States who studies Attention Deficit Disorder, one in four long-term prison inmates meets the measures used to diagnose Attention Deficit Disorder. In Sweden it is believed that thirty to forty percent of prison inmates have ADD/ADHD. This tie between criminal behavior and the neurobiology of ADD/ADHD is now being studied.

A recent study by the Karolinska Institute in Sweden examined four years worth of data concerning more than 25,000 people with ADD/ADHD. What they found was startling. People with ADD/ADHD are less likely to engage in criminal behavior if they are taking medication for Attention Deficit Disorder. For prisoners, they were less likely to commit crimes if they were taking a regimen of medication for their Attention Deficit Disorder. Criminal behavior rose when the criminals in the study were not taking medication.

According to Dr. Russell Barkley, an expert in the subject of Attention Deficit Disorder, executive functioning is affected by ADD. This can lead to ineffective decision making in many areas of a person’s life. The impulsive choices that people with untreated ADD make can take a toll on the person’s ability to take care of himself and his family. Dr. Barkley maintains that as many as one-third of people with ADD/ADHD are high school dropouts. This leads to difficulties obtaining and retaining employment. While Dr. Barkley doesn’t say this, it is not hard to see that people who have untreated ADD, a high level of impulsivity, and are desperate for money could be more likely to impetuously commit a crime. Once a person has been incarcerated, it is difficult to break the cycle of incarceration.

It’s best not to start this cycle in the first place. When people with Attention Deficit Disorder have the correct treatment, which includes medication, they are less likely to commit crimes. According to the Karolinska Institute study, published in the New England Journal of Medicine, taking medication for ADD/ADHD can reduce the risk of criminal behavior by about 32 percent. This applies to both violent and non-violent crime.

Each person must carefully consider the pros and cons of medication. All medication has both positive and negative effects on the person who takes it. However, this new study makes a strong case for intervening before a cycle of criminal behavior gets started. Teachers know that youth who are incarcerated are forever changed. It is a far better option to have the youth take medication to enable better decision making and avoid incarceration altogether.