Meltdowns and Children with ADD 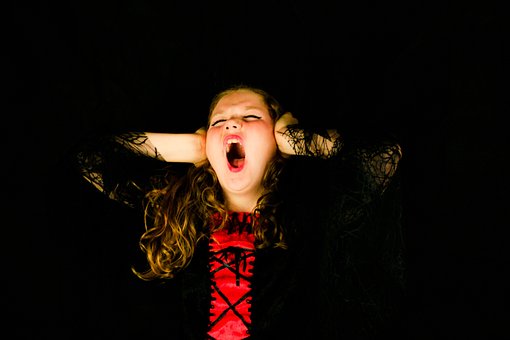 They used to be called temper tantrums. Now, they’re called meltdowns. What can you do if your child with Attention Deficit Disorder skips right past angry and into a full-blown rage? What actions can you take to either avert the meltdown or help your child regain control more quickly?

Most children with Attention Deficit Disorder who have meltdowns do not have that angry reaction for no particular reason. Meltdowns have their own triggers. A trigger is an action that starts the rage cycle. Triggers can be a tone of voice, a time of day, or an event that either happened or did not happen. Whatever action gets the cycle started, unless there is an intervening event, the cycle will run to its conclusion.

Making a plan with your child to find the best ways to stop the cycle before it goes over into rage is a good idea. Each plan is as individual as the child who helps to make it. Listen to your child. He knows what sets his inner screaming child loose, and he knows the best way to help himself. Make the plan when everybody is calm and feeling confident. It should be an experience that brings out the best in all concerned. The process should not feel judgmental to the child. Ask your child what the best way is to prime him to use the plan. Priming is a technique to let the child know what is coming. It helps the child feel more like he is in charge of his own behavior. Priming him to follow his plan can also allow him to recognize when he might be ready to become out of control unless he takes action to stop himself.

A rage cycle starts with small changes in the child’s behavior. They may clench their fists, grimace, make noises, or complain. Sometimes it is difficult to associate these small behavioral changes with a trigger that starts a rage cycle. This is the part of the cycle where it is sometimes possible to intervene to avert the full-blown rage. You might make a comment that distracts the child from building up a head of steam. Most often, this is a remark that the child will find humorous. If you can get the child to engage in physical activity to release tension, you might be able to derail the rage cycle. Some children just need a quiet place alone, away from stimuli, to regain composure.

If your child should boil over into a rage state, put your plan into action. Your plan might include speaking in a calm voice. Don’t speak in long sentences. Be directive and let the child know what to expect. Monitor the child’s behavior, so that the does not hurt himself or others. He can do a soothing task. Let him go to a safe place, so that he can work on calming himself. This is NOT the time to talk to the child. He is not in his rational mind. Talking to him at this time just prolongs and intensifies the rage. Discussion makes things worse.

Once the storm of emotions has blown over, give the child some time and space to become rational. After the child is able to process without having his behavior re-escalate, start talking about what happened. Take notes to share later. What started the problem? Often the initial trigger happened much earlier than the meltdown. When did he know that he was going to have a crisis? How could he ask for help? What support by adults and other concerned people could have made it better? Which coping skills does he have that he could have used? If he used coping skills, which ones did he employ? How did these techniques make things better or worse? What does your child need to do to show accountability for his actions? These questions are just for guidance. Each situation will generate its own set of questions.

Were his actions or words hurtful? Then, he needs to apologize to the person who was wronged. The apology should include what the action was and an expression of regret. It can be a simple, “Mom, when I was angry I said that you don’t love me. I know that’s not true and I’m sorry that I said it to you.” Children sometimes need help with this. The apology can be spoken or written. Did he disarrange or break objects? If he moved or threw objects, he needs to restore them to their place. If he broke something, he needs to fix it or replace it. If the object needs replacing, he should work to earn the replacement. It is difficult to take this step. We don’t want to inflame the passions of a volatile child, however accountability must occur for the good of the child. Some children cannot do these things right away, but for their self-development, they do need to make reparations before their life goes back to normal and they regain privileges. This intervention needs to start at an early age. Children, especially those with Attention Deficit Disorder, who are not held accountable as small children, don’t naturally learn to make the connection between actions and consequences. This puts them at an extreme disadvantage as they grow up.

When a child is exceptionally angry, they can say and do things that are hurtful. It helps if you can distance yourself emotionally from these hurtful actions. While it is easier said than done, don’t take the meltdowns personally. You and your child can use these events as learning tools. He can partially measure his progress by the frequency, intensity, and duration of his meltdowns. Behavioral progress needs to be acknowledged, celebrated, and rewarded by all of the members of the family and people in the child’s circle.

This book was written for and about children with Asperger Syndrome who have meltdowns, but it applies to kids with ADD/ADHD who also have difficult moments. I recommend it highly for the tips that it gives for home and school. The author was one of my teachers at the University of Kansas. Her advice is always practical and useful.