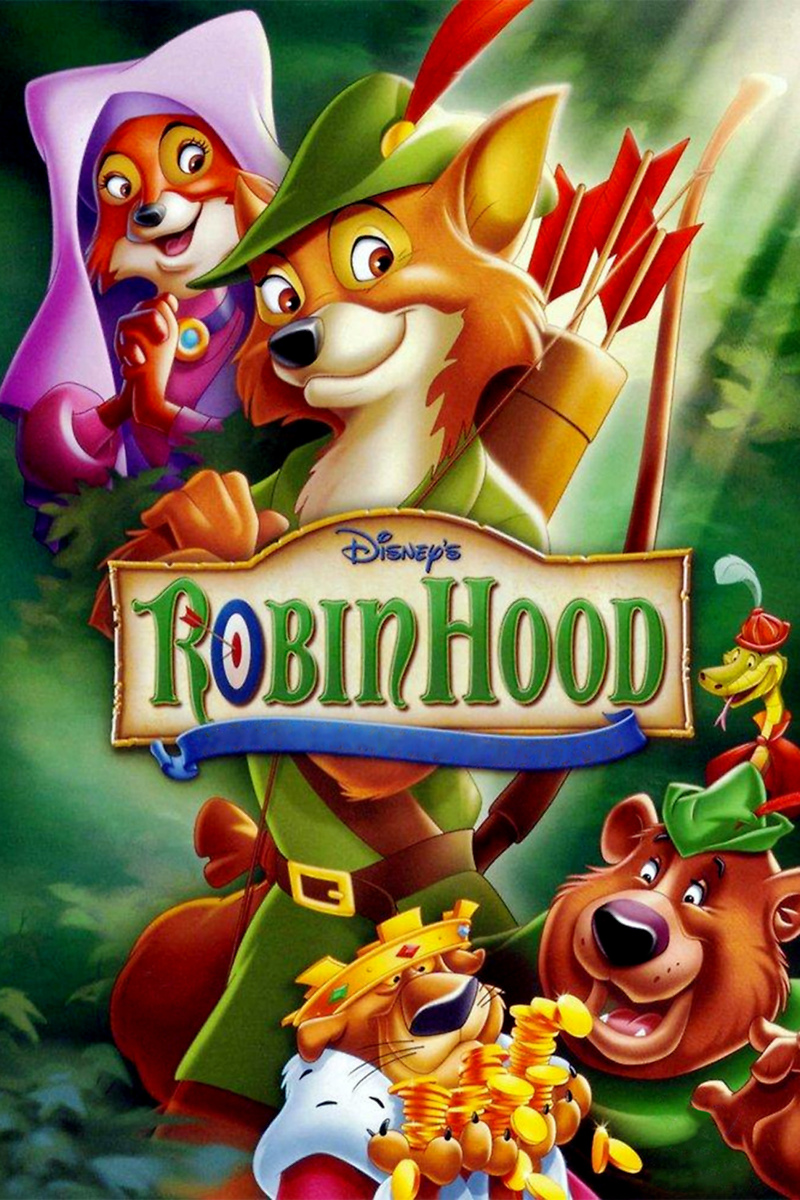 The story of Robin Hood is brought to life in this animated version using Disney characters. Will Robin Hood be able to thwart Prince John? Here are a few movie mistakes to look for in 1973’s “Robin Hood”.

∙ When they kiss Prince John’s hand / paw, Robin takes the ring with the red jewel off his right hand while Little John takes the gems out of the three rings on the left, leaving the bands. The empty bans are still on Prince John’s hand when he crosses his arms after putting Sir Hiss in the basket. The scene cuts to the wider view of Prince John sitting on the basket when Robin, dressed as the gypsy, says “masterfully done, your excellency”, and the ring bands are gone.

∙ Also during this scene, Robin closes the curtain and tells Prince John, “close your eyes”. The close-up of Prince John shows his crown has pink jewels instead of the red and green that are normally there. Then, in the farther view, when Robin spots the bag of gold coins, a view of Prince John’s right hand shows he’s wearing the ring Robin had stolen earlier. When Prince John sees the floating orb, the jewels in the crown are red and green again. The rings/bands appear and disappear throughout the rest of scene.

∙ During the tournament, Nutsy is asked to move the middle target ten paces back, away from the others. In the close-up of the target when Robin’s arrow hits, the other target can be seen beside it.

∙ During the melee at the fair, they’re at the pie stand and Robin mentions having six children. The buzzard at the stand fires an arrow at him. The arrow bounces off a shield and flies back, hitting the “Pies For Sale” sign behind the bird. Lady Marian throws a pie at the bird. The view of the bird getting hit shows the arrow is no longer stuck in the sign.

Get your copy of “Robin Hood” here: