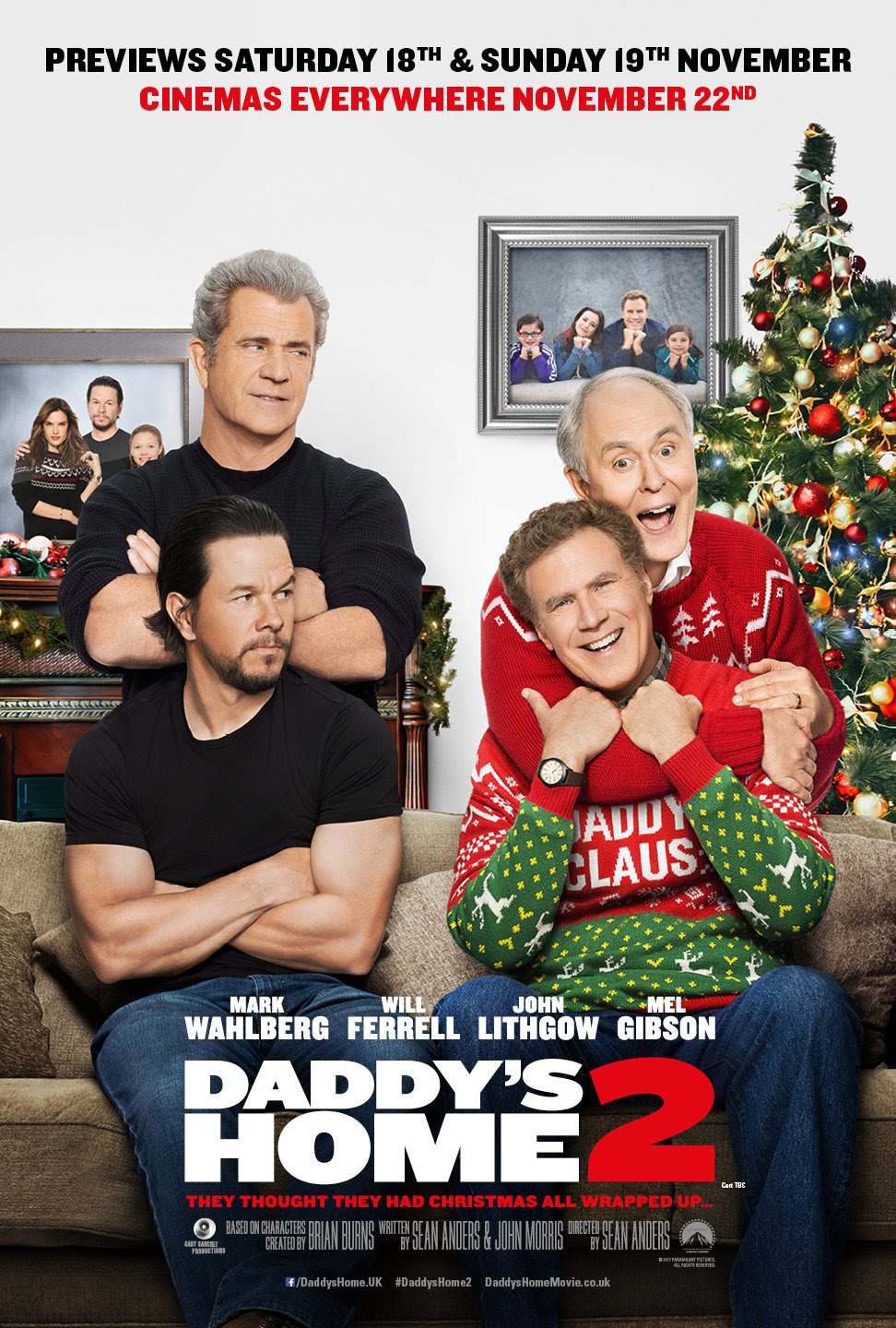 Brad Whittaker and Dusty Mayron have gotten over their father vs stepfather differences and are learning to co-parent Megan and Dylan, Dusty’s children with ex Sara, Brad’s current wife. Progress gets thrown out the window with the arrival of Kurt, Dusty’s long absent father, and Don, Brad’s easy-going dad. Tough guy and former astronaut, Kurt, has his own opinions on how Dusty should be raising his kids as well as how he should be handling Adriana, his step-daughter with his wife, Karen, who has a bad habit of raising the thermostat, not to mention his own problems with Roger, Karen’s ex. Retired postal worker, Don, has a cheery façade, but deep down has news that could destroy Brad’s happy Christmas. Add to the mix Sara’s ongoing disdain for Karen, who she discovers is a shoplifter, and the family’s holidays might be turned upside down. Here are a few movie mistakes to look for while watching “Daddy’s Home Two”.

· Kurt buys a rifle and takes Megan turkey hunting. During the chaos, Megan accidently shoots Kurt in the arm. When he falls to the ground, the initial wound is located on his upper left arm. Later, at the hospital, Kurt’s bandage is around the middle of his arm.

· CAUTION: May Contain Spoilers! The feuding families leave the rental house and end up stranded at a movie theater during the snowstorm. That’s when Brad jumps on stage and gets everyone to start singing “Do They Know It’s Christmas”. Dusty eventually joins him on stage. As the crowd starts singing and dancing, a close-up of Kurt dancing shows Dusty is behind him, to the left of Karen. A few moments later, he’s shown leaving the platform with Roger.

Get your copy of “Daddy’s Home Two” here: