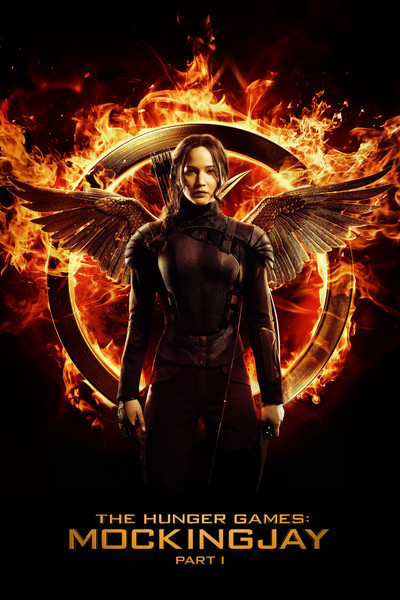 After being rescued from the disastrous games, while Peeta is left behind in the Captiol, Katniss Everdeen finds herself in the unenviable position of being the Mockinjay. Under the tutelage of President Alma Coin, Katniss becomes the face of the resistance fighters. She and the others risk everything for a new, free Panem and to rescue Peeta from Snow’s deadly clutches. Here are a few movie mistakes to look for while watching “The Hunger Games – Mockingjay – Part 1”.

· Near the beginning of the movie, Katniss sees Finnick in the hospital bed. She calls his name, and in the view from over her right shoulder, the items on the hospital cart next to his bed can be seen sitting upright. In the next view of Finnick, when he says, “she’s in the Capitol”, the smaller item on the cart is turned on its side and rests closer to him.

· District 13 is being attacked and the countdown to the safety doors closing begins. The system says the glass doors will close in ten seconds. The scene cuts to a view of someone turning one of the wheels and the countdown clock can ben seen changing from twelve to eleven just as the system says, “nine seconds”.

· The group exit the rubble after District 13 is attacked. In the close-up view, Boggs, Katniss and Gale are shown walking out of the rubble. It cuts to a wider view and Gale can be seen walking out again.

· Katniss sees the slew of roses left for her by Snow. She picks one up and, in the close-up, there are leaves between her index and middle fingers. The view changes to a close-up of the rose and the leaves have moved. They’re back in their original position, between her middle and index fingers, in the next close-up.


Get your copy of "The Hunger Games - Mockingjay - Part 1" here: