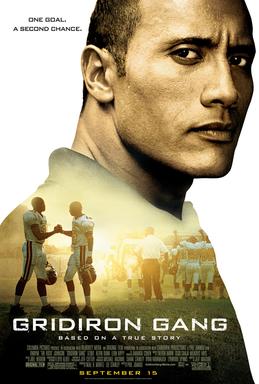 Sean Porter is a former college football player who now works with incarcerated youth at a juvenile detention center. Knowing the vicious cycle of life on the streets that awaits most of them when they’re released, Sean pushes them to become better by forming the center’s football team in hopes they’ll turn their backs on their deadly lifestyles while gaining focus, self-esteen and the ability to work together as a team. Here are a few movie mistakes to look for while watching “Gridiron Gang”.

· The team is on the bus on the way to their first football game. A convertible with a girl in the passenger seat pulls alongside the bus. The boys start yelling. The scene cuts to an overhead view of the bus when Bug yells, “She waving at me” but the convertible is no longer there.


Get your copy of "Gridiron Gang" here: