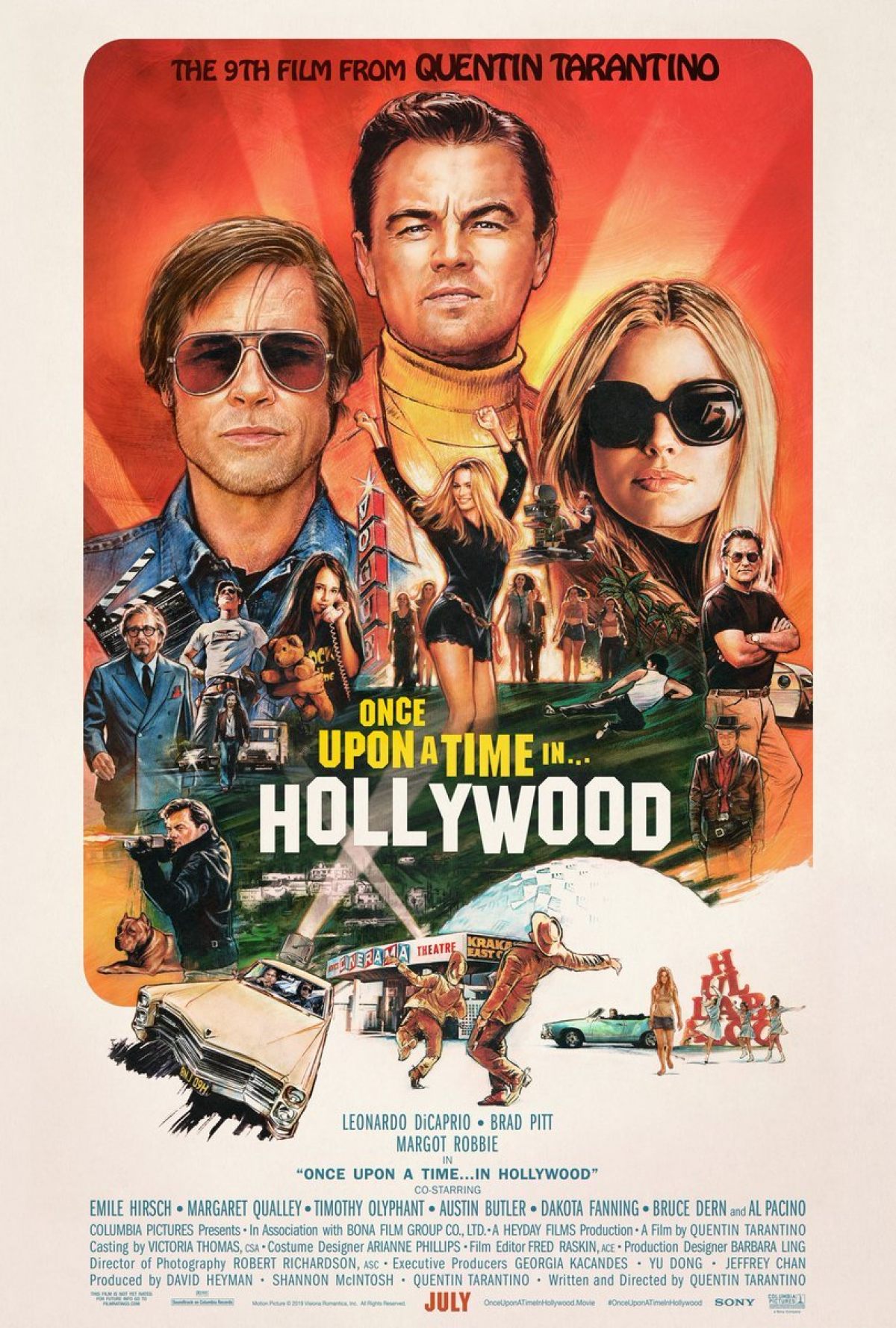 It’s 1969 Los Angeles and famed TV star, Rick Dalton, is trying to remain relevant. Along with Cliff, his friend/chauffeur/stunt double/fix-it person, Rick tries to fit in the ever changing Hollywood scene, while living next door to famed director, Roman Polanski and his actress wife, Sharon Tate. Here are a few movie mistakes to look for while watching Quentin Tarantino’s “Once Upon a Time…in Hollywood”.

· Rick Dalton meets Marvin Schwarz for lunch. They sit down at the table and Rick has his mixed drink glass with two straws. After the “Bounty Hunter” and “HuLabALoo” flashback scene, a view of the two sitting at the table when they’re talking about the “pilot for CBS called Lancer”, shows there are only two glasses of water on the table. Rick drinks from his glance a couple times during the scene. Schwarz makes the Batman and Robin comments and Rick’s mixed drink glass has reappeared on the table as well as a glass of wine near Schwarz. Rick is also smoking a cigarette he didn’t have before.

· As they’re shooting the scene for “Lancer”, Rick walks behind the saloonkeeper and says “You’re about to find out, businessman”. He tosses his fried chicken which lands on the ground, in front of the saloon’s steps. It cuts to a close-up of James Stacy and then to the previous view as James turns sideways to unhook his gun. The chicken has changed position in the street. It’s now farther away from the steps.

· After the scene where Sharon is shown watching her movie in the theater, cut with scenes of her practicing with Bruce Lee, Cliff Is shown driving his car. His rearview mirror can be seen in the outer views of the vehicle. The scene cuts to an interior rear view of him and the mirror is gone. The mirror is back again in the next outer view of the car, when he sees Pussycat on the side of the road.

· Cliff is walking to the house at Spahn Ranch to see George. It cuts to inside the house and the closer view of the TV (and feet) shows the statue with the horse, is facing right, toward the TV. Someone yells, “Beat it” and the scene cuts to an overhead view of the room. The statue is now facing the opposite direction, to the left, away from the TV.

· CAUTION: May Contain Spoilers! Three of the family members arrive at Rick Dalton’s house. After being attacked, one of the girls, bleeding profusely, falls into the pool. An underwater view of her shows a large amount of blood in the water. There’s no blood to be seen in the water when Rick gets out the pool and later when he lights her up with the flame thrower.


Get your copy of "Once Upon a Time...In Hollywood" here: