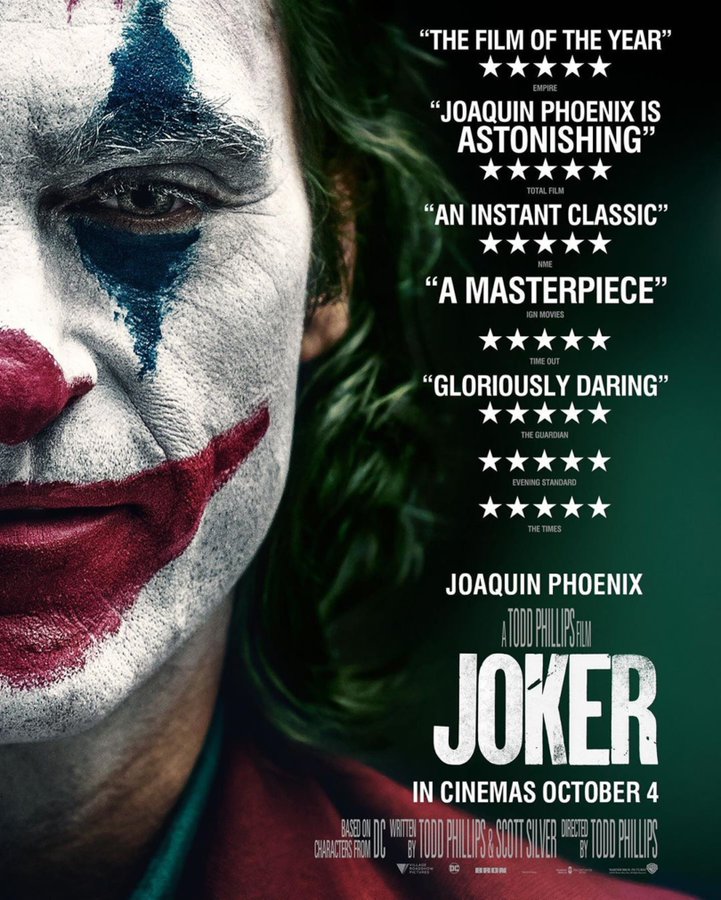 Arthur Fleck lives in Gotham City. As a caretaker for his ailing mother, he also works as a clown and has dreams of being a stand-up comedian. Struggling with mental illness, he’s in a downward spiral as his mother’s own issues and society starts to close in on him. Here are a few movie mistakes to look for while watching “Joker”.

· The first time Arthur and his mother are watching Murray Franklin’s show, the curtains draw back during the intro and Murray walks out. In the farther view, as he walks onto the stage, Murray is wearing his suit jacket unbuttoned. It cuts to a closer view as he starts his monologue and the jacket’s top button is fastened.

· Arthur is riding the subway when the three men start to harass him. The one wearing his green wig, drops it on the seat as they start beating Arthur on the floor of the subway. Arthur starts shooting, and, as the man runs away, the view of the subway shows the wig isn’t there. It can be seen for a short second on the floor as Arthur starts to get up. A few moments later, Arthur picks up the wig from the seat.

· Arthur is on the way to appear on Murray Franklin’s show. He tosses his cigarette and is dancing down the outside steps. During the montage of him dancing, there is a quick view of him smoking the cigarette just before the cops call his name. He starts running and the cigarette is gone.

· CAUTION: May Contain Spoilers! After murdering Murray Franklin, Arthur is in the back of the police car. The close-up view of him looking out the window shows the blue paint under his left eye runs past the corner of his lip. A little later, after the accident and he’s laying on top of the car’s hood, an overhead view of Arthur as he starts to cough shows the make-up is only smudged and reaches just above his lip.


Get your copy of "Joker" here: