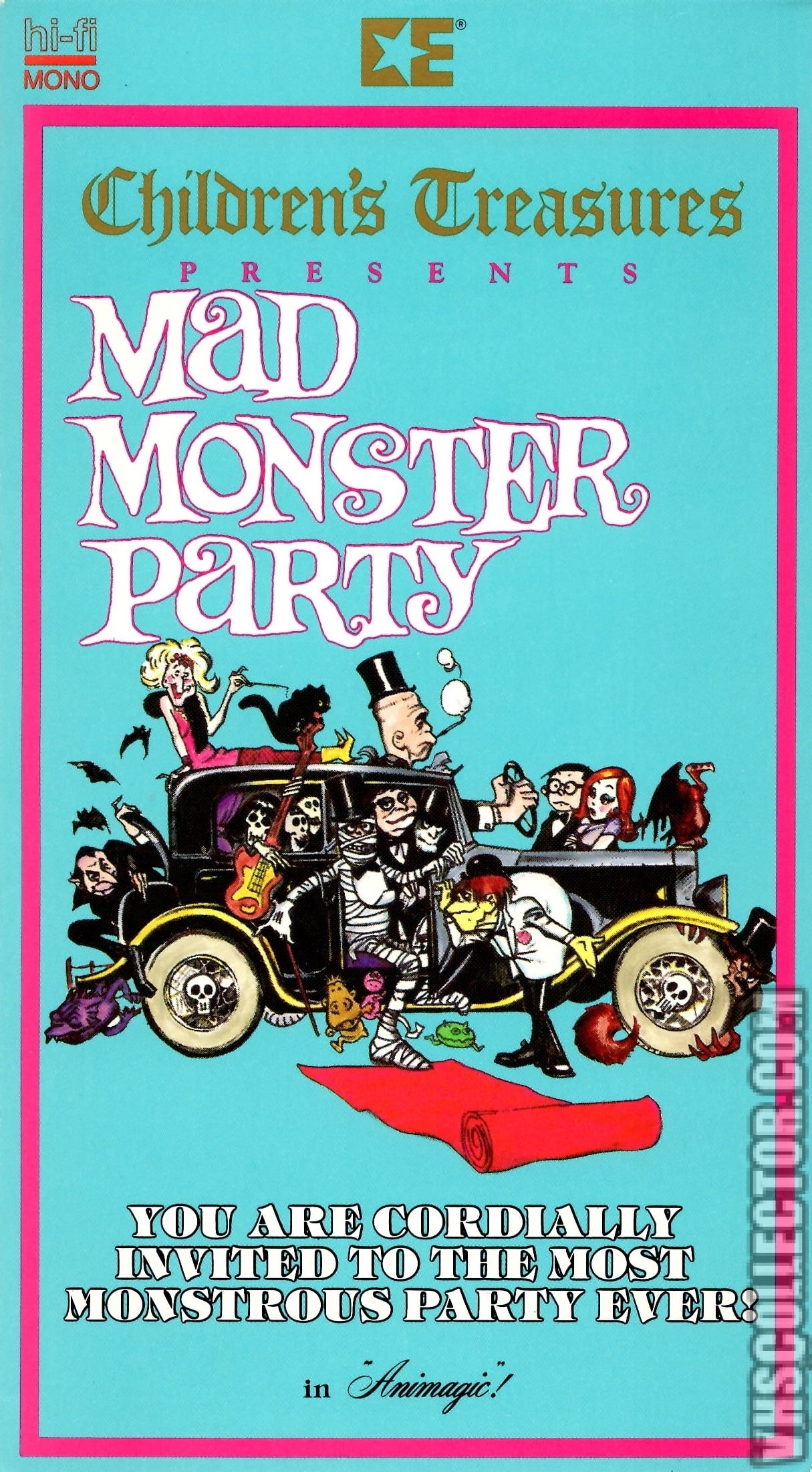 Baron Boris von Frankenstein is ready to retire, but has one more trick up his sleeve. He must name his successor and make sure his power infusion, which has the ability to destroy matter, doesn’t fall into the wrong hangs. Frankenstein decides to throw a party on his “Isle of Evil”, inviting the renowned monsters, Dracula, Frankenstein/The Monster, The Bride/The Monster’s Mate, The Invisible Man, Doctor Jekyll/Mister Hyde, and last, but not least, his own nephew, Felix Flankin. Here are a few movie mistakes to look for while watching “Mad Monster Party?”.

· At the end of the opening credits, a close-up of the glass shows the blue liquid fizzes to the top. It cuts to a wider view of Frankenstein holding the glass the fizz is much in the container.

· Wires can be seen on The Bride/Monster’s Mate as she sings “You’re Different”.

· Also during this scene, in the close-up view, The Bride/Monster’s Mate pulls the June page off the calendar and drops it to the floor. It cuts to a wider view and the page she’d dropped on the floor is nowhere to be seen.

· Felix and Doctor Jekyll are talking on the ship’s deck. Jekyll is holding his cane in his left hand when he drops it after drinking some of the elixir. It’s on his left side as he crumples to the deck. Jekyll turns into Mister Hyde and stands up. A farther view, as Felix says, “My goodness, you look awful,” shows the cane is no longer on the deck. Hyde walks toward Felix, and the cane is bank on the deck.


Get your copy of "Mad Monster Party?" here: