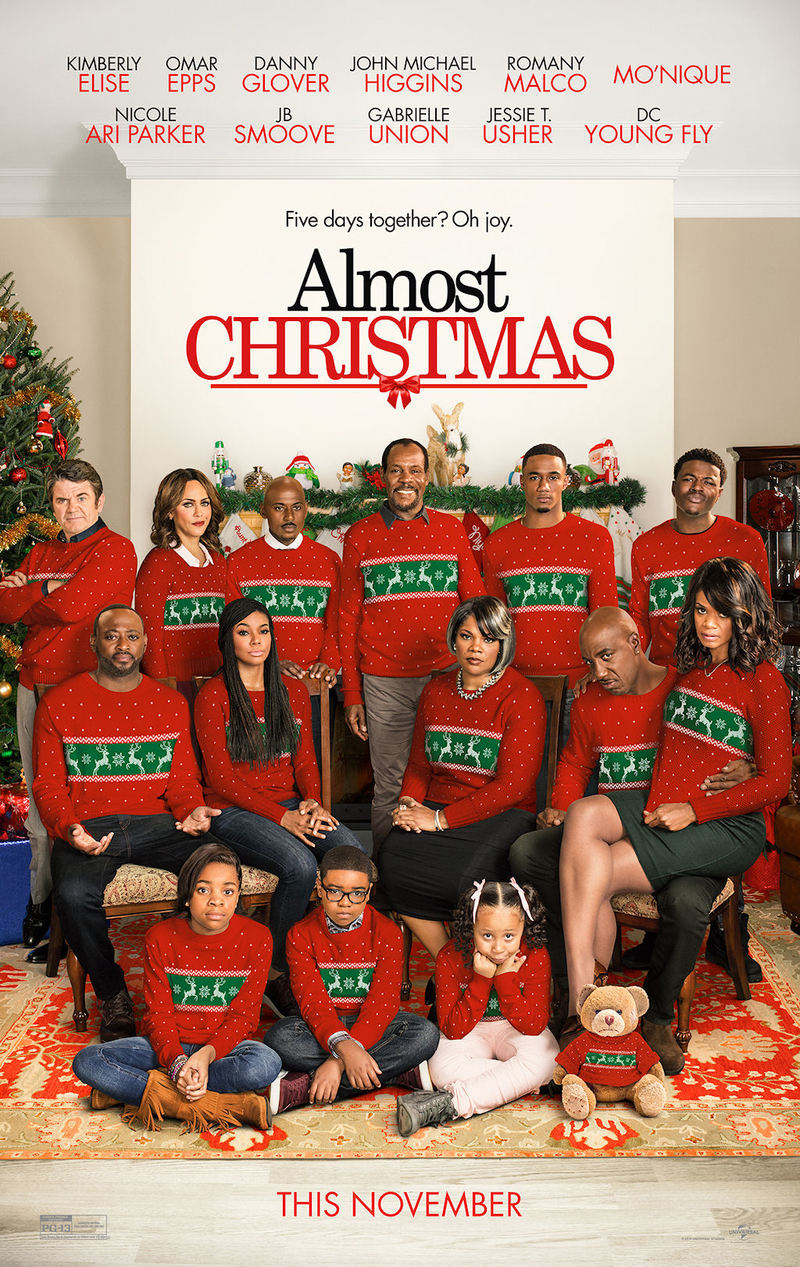 After the death of his beloved wife, Walter has only one wish for Christmas—to have a nice, civil holiday with his family. That’s easier said than done when his two daughters, Rachel and Cheryl, barely get along, his son Christian, is consumed with running for Congress, and his youngest son, Evan, is hiding a secret after being injured playing college football. Will Walter get what he’s wished for and be able to make the perfect sweet potato pie? Here are a few movie mistakes to look for while watching “Almost Christmas”.

· Walter is making sweet potato pie for the first time. In the first close-up, he’s rolling the dough and the bottle of vanilla extract is on the counter, in front of him. He’s shown using the extract, then the bottle can be seen on the counter next to the glass bowl as he’s flipping through the pages of the recipe. In the close-up of the bowl, when Walter is adding the eggs, the bottle of vanilla extract is still next to the bowl. It cuts to a front view as he’s mixing and the bottle has moved farther away and is closer to the carton of milk.

· Near the end of the movie, Walter is sitting at the dining room table when Aunt May brings out two cups of coffee. In the right side view, Walter’s hands are down on the table. It cuts to a farther view as Aunt May sits down and Walter’s hands are elevated in front of him.

Get your copy of "Almost Christmas" here: