Rudolph And Frosty's Christmas In July 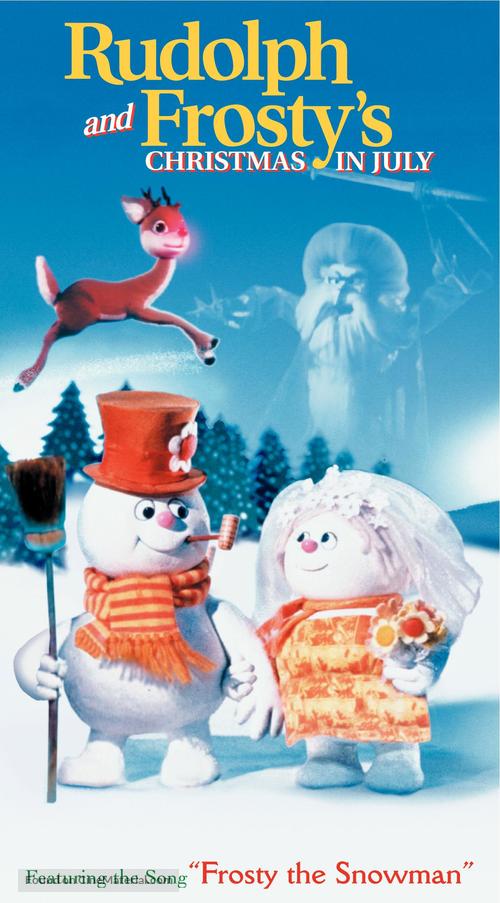 Long ago Winterbolt brought evil over the land until he was stopped by the magic of Lady Borealis. Weakened by the encounter, Lady Borealis transferred the last bit of magic she held to Rudolph, a newborn reindeer, in the form of a glowing nose that would never extinguish as long as he used his magic for good. However, Winterbolt has now awakened from his slumber, and plans to eliminate Santa and the magic held by Rudolph and Frosty. Here are a few movie mistake to look for while watching “Rudolph and Frosty’s Christmas in July”.

· Milton, Rudolph, Frosty, Crystal, and the kids are leaving in the hot air balloon as Santa and Mrs. Claus along with the elves and animals wave goodbye. In the overhead view, there are three deer behind Santa and Mrs. Claus on their right and one behind them to their let. In the rear view, there is an extra deer behind them to their let as well as more animals in the back.

· Rudolph and Frosty are singing the Misfit song. There are two seals twirling balls on their noses in front of the giraffes, a bear, a clown and elephants. When Frosty sings, the bear, seals and elephants are gone and it’s now a different clown.

· CAUTION: May Contain Spoilers! Miss Loraine tosses her guns to break Winterbolt’s ice scepter. The guns are never shown hitting the scepter, even though it shatters. They’re also never shown on the ground around Winterbolt or near the pieces of ice left by the shattered scepter.

· CAUTION: May Contain Spoilers! Santa and Mrs. Claus travel to the circus with four reindeer. There are still only four when they go through the tornado and eventually land at the circus. But, when they leave the circus to go home, there are eight reindeer.


Get your copy of "Rudolph and Frosty's Christmas in July" here: