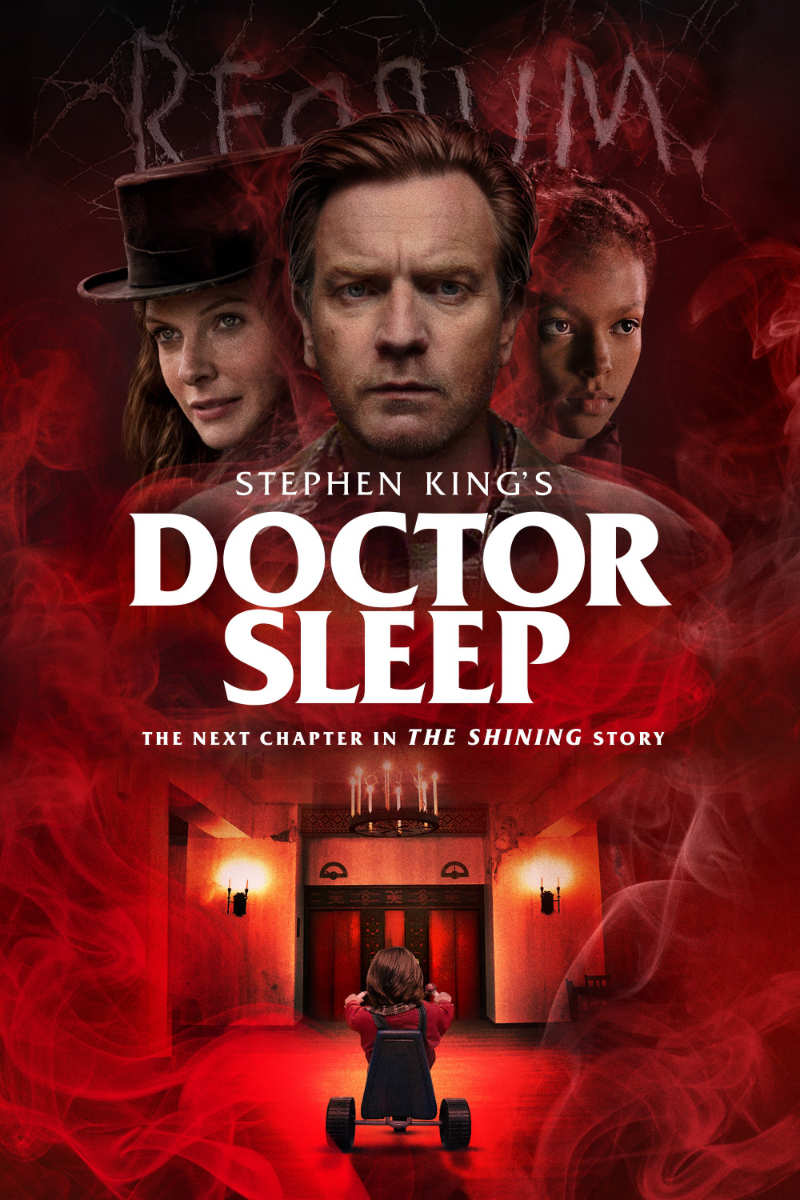 It’s been years since the Danny Torrance’s terrifying ordeal at the Overlook Hotel. Now grown and in control of his shining, Dan works at a nursing home where he helps elderly patients pass on with the help of his gift. Content to be rid of his past demons, Dan befriends Abra Stone, a young girl with a shining more powerful than most, and soon realizes the danger that’s closing in on them in the guise of Rose the Hat and her True Knot Gang, who feed upon the “steam” given off by slowly torturing and killing those with the gift of the shining. Here are a few movie mistakes to look for while watching “Doctor Sleep”.

· A young Danny and his mother are watching cartoons when he turns and looks toward the bathroom. He stretches his left arm over the pillow beside him. It cuts to a front view of him and his mother, and Danny’s arm is down, by his side, as he starts to stand up.

· Abra is in her room on her bed with earbuds in her ears when her mother comes in. Her mother says, “we missed you at dinner”, and the close-up view of Abra shows the earbuds are gone.

· Abra’s father is pouring a drink after being shown her vision. The close-up shows he sets the bottle next to the bottle’s cork. It cuts to a rear view and the cork is farther away. He pours another drink and the same thing happens again.

· CAUTION: May Contain Spoilers! Dan stops from hitting Abra with the ax. The close-up of them shows Abra puts her left hand on Dan’s right wrist. It cuts to a front view of Dan (rear of Abra) and her left hand is on his right hand. It cuts to a side view as Dan starts to drop the ax and Abra’s hand is back on his wrist. Abra stretches her right hand up to his hand. It cuts back to the front view of Dan and Abra’s left hand is on his hand again and her right hand is down.

“Doctor Sleep” (2019) is based on the novel by Stephen King and stars Ewan McGregor, Rebecca Ferguson, Kyliegh Curran, Cliff Curtis, Zahn McClarnon, Emily Alyn Lind, Selena Anduze and Robert Longstreet. It runs 152 minutes and is rated R for disturbing and violent content, some bloody images, language, nudity and drug use.

Get your copy of “Doctor Sleep” here: