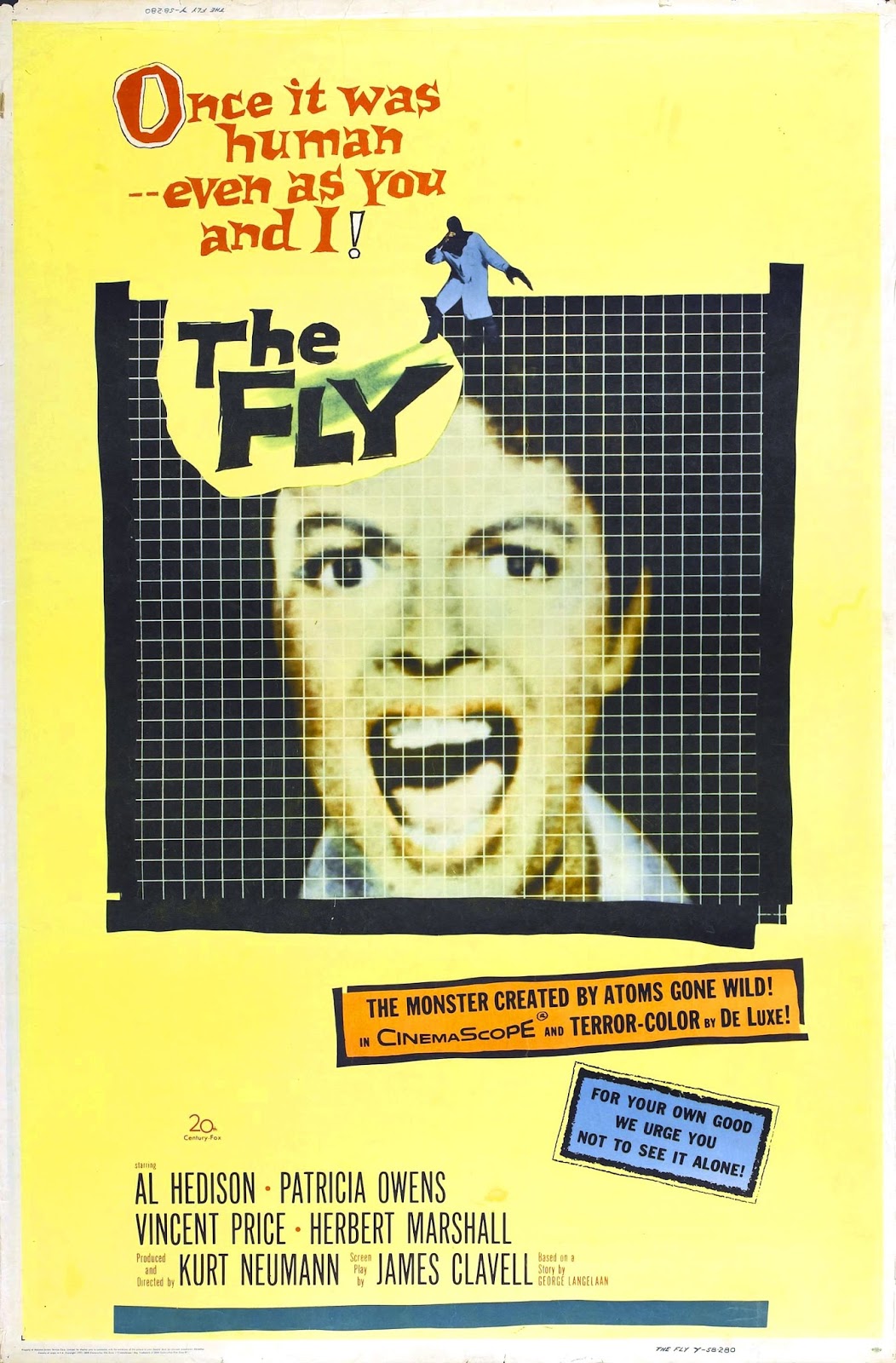 Helene Delambre is under suspicion for murdering her beloved husband, Andre. As her brother-in-law, Francois, tries to help her, he must determine whether Helene is indeed a murderer or whether her story about his brother’s obsessive experiment took a tragic turn, mutating him into a partial fly is true. Here are a few movie mistakes to look for while watching 1958’s “The Fly”.

· At the beginning of the movie, a man comes out the building and picks up the cat that’s outside. In the front, wider view, as he’s telling the cat it’s late, the man cradles the cat against him with his left arm at the cat’s bottom and his right hand on its back. It cuts to a closer right side view and the man is holding the cat a few inches in front of him, with his hands holding on to either side of the cat’s front shoulders.

· Helene is talking to Inspector Charas for the first the first time. After she tells him she can’t answer the question, the wider view of the two sitting on the couch shows Helene is holding her cup in the saucer in front of her when she hears the fly buzzing. It cuts to a close-up view of Helene and she’s holding the cup just under her chin. She then puts the cup back onto the saucer.

· Francois visits Helene in her room. The first view of Helene as she’s telling him he looks tired, shows her laying back with her head against the pillow. It cuts to a closer view when Francois sits down and the pillow is farther down, covering only half of the back of her head. After Helene asks how long do flies live, the view cuts to a left side view of Helene and her head isn’t against the pillow at all. She’s sitting upright.

· Helene is on the phone with Francois when Andre sneaks up behind her. He leans in to kiss her and Helene’s head tilts to her right. It cuts to a closer view and her head is toward her left.

· Helene is in the lab as Andre drinks the milk. In the wider view of Andre when Helene says, “It’s not in here”, Andre’s right hand is in a fist on the desk. It cuts to a close-up of Andre and his hand is flat on the desk.