Official Name: Republic of The Gambia 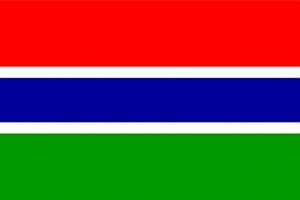 Flag: There are five horizontal stripes on the flag of Gambia. There is a red stripe on the top, blue in the middle and green stripe in the bottom separated by thin white stripes of equal width.

Date of Independence: February 18, 1965 from Britain

National Anthem: For The Gambia, Our Homeland 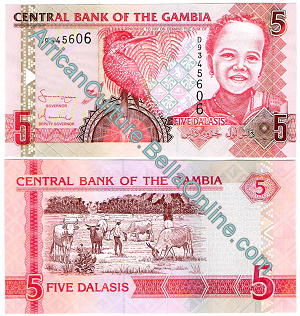