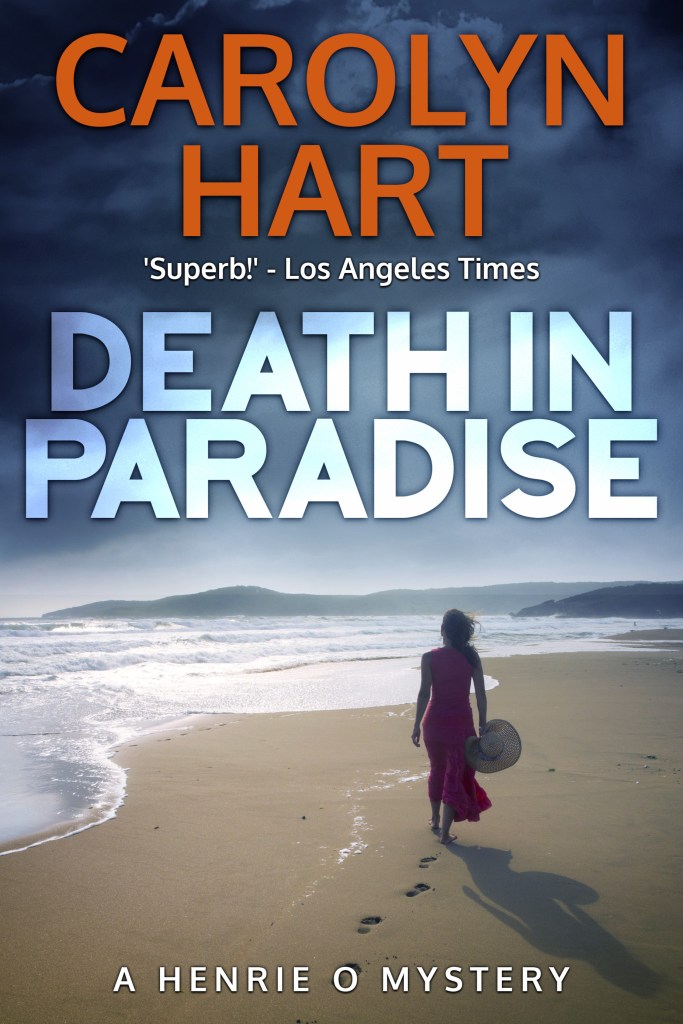 In the fourth installment of the Henrie O mystery series, Death in Paradise, by Carolyn Hart, Henrietta O'Dwyer Collins, known as Henrie O, receives some information in the mail that makes her doubt that her beloved husband’s death six years ago was an accident. She makes up her mind that she is going to get to the bottom of things and find out the truth. Her reporter husband, Richard, was visiting his close friend Belle Ericcson, who lives on the island of Kahui when he met his death. Under the guise of wanting to see where her husband died, Henrie O travels to the Ericcson mansion and manipulates her way into staying at Belle’s resort so she can investigate. As she meets the main players, she also becomes suspicious that the person who killed her husband is the same person who kidnapped and killed Belle’s daughter, CeeCee. Murder is in the air, and it is hitting way too close to home.

During the course of her investigation, Henrie O finds herself in more and more danger as she zeros in on the identity of the murderer. Belle and her family are also in danger, and attempts on their lives are not out of the question. From the beginning of the novel to the very end, there is building suspense.

The Henrie O series is well-written, and the characters are developed so that they seem to be real. Henrie O is likeable, and makes an interesting protagonist, since she is in her 60s and not your usual sleuth. There are twists and turns, and a few surprises. One of the things that makes this series readable for all ages is the absence of graphic violence, language, and sex. However, it is certainly closer to the thriller genre than a cozy.

The story is good, and for readers who like a good story in a fast-moving read, this book is recommended. Originally written in 1998, the book has been re-released as an ebook by Endeavor Press.