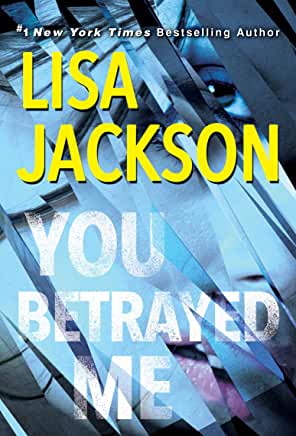 James Cahill is good looking and charming, which attracts loads of women. He is from a mega-rich San Francisco family and is set to inherit millions. You Betrayed Me by Lisa Jackson is the third installment in the Cahill series, featuring different members of the Cahill family. The family is not only wealthy, but has scandals, suspicious deaths, and other maladies in their past. James doesn’t want to rely on his inheritance, and is trying to make his own money with a successful construction company as well as other businesses. His main fault is that he can’t stay away from women. He wakes up in the hospital one day after having a terrible fight with Megan, his latest girlfriend who attacked him because he was cheating with Sophia, a girl that works for him and won’t stop coming on to him. Unfortunately, Megan is missing, and James is blamed, even though he doesn’t remember what happened. Megan’s sister, Rebecca, who was also a previous girlfriend, comes to find her sister, (who betrayed her by stealing James). James isn’t sure if he is guilty of murder.

Lisa Jackson’s storytelling skills are excellent, and this novel has dozens of twists and turns to keep readers on the edge of their seats. Jackson develops her characters well, and they seem real, albeit a bit shallow. Although there are several different stories going on in the novel, Jackson keeps them separate enough that they are easy to follow and will keep readers on the edges of their seats. Of course, the dénouement is a surprise, and there are issues that could turn into another novel starring these same characters.

Fans of Lisa Jackson will welcome this novel and enjoy reading it. Although it is part of a series, it can easily be read as a standalone book.