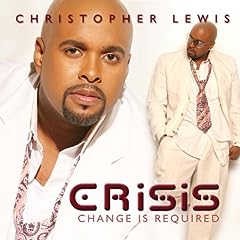 CRISIS-Change is RequiredChristopher Lewis
This is truly "Grown Folks Gospel" with a touch of hip-hop flavor. Opening up with the mellow single "You Don't Know" the congo beats and steady finger snaps (An ATL trademark if there ever was one...smile yeah Lewis lives in Atlanta) allow Lewis to use his smooth tenor voice with ease and sing of others not knowing what God has done for him during the rough times. The fifth album for this artist, Lewis has been going through some changes and that is what this project is all about. In fact he speaks of why he titled the 2 disc CD Crisis which for him really means "change is required" and when you think about it... the only thing in most of our lives that is constant is...change. The neosoul feel of "Joy" is ushered in next and this song with its gentle yet cool groove is really for us grown people. With the often recited verse "Weeping may endure for a night but joy will come in the morning." he gives us a track to "chill" out to and absorb the fact that when "Your man at acting right" joy will come in the morning light. The project speaks on all the challenges and temptations we face in our daily walk. There is even a song on here about a "MySpace Girl" and his temptation with her. Just when you think everything is slow motion and it may take you under he pops in a churchin' track with Bishop Paul Morton and a hot Latin joint "How Many Saints Does It Take to Party" which makes us all "throw our deuces in the air". Challenging times have been facing Chris, on his MySpace page he talks about his recent separation with his wife; however one can't help but feel that he knows..."Joy" is on the way for him. The second CD is full of worship songs from the heart that he performs with a sincere tone of voice. This is a CD where you won't skip any tracks...all of them are worth a listen. You can learn more about Christopher Lewis at www.myspace.comchristopherlewis1 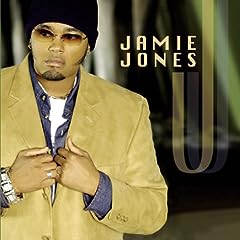 Jamie JonesJamie Jones
Easily one of the most inspiring CD's I have listened to in a long time, Jamie Jones self-titled gospel album, an oldie but a goodie, (released a few years ago but just sent to me this month) is one full of encouragement and heartfelt tracks. The former All for One lead singer has a stellar hit "Rise" which has been on the top of the local gospel station's playlist for several months. This song which speaks of overcoming life’s struggles and rising past them all was one that ministered to my son during his illness. On days when Clinton's body was racked with seizures and he was tired beyond belief, he would listen to this song...sing it at the top of his lungs...and press on. Watching the video (click on the link below)and you can see why this CD is still climbing the charts long after it's release. The video and the project encourages us to press on and trust that God will bring us through whatever trials we face. (It may take a while to load but be patient it is worth the wait) Other songs of note are the Wayne Brady and William Cartwright feature "Don't Stop", "Gonna Be Alright" and "Grateful" a truly gifted writer and singer is Jones and this album is worth the investment. Learn more about Jamie Jones at www.jamiejonesonline.com Rise Video

RevealedDeitrick Haddon
The 9th CD for this revered and long admired artist is full of the hit songs that we have come to expect from Haddon over the years. Opening with the techno up-tempo "Where You Are" which speaks of wanting to be right where God is in our lives, Haddon brings the heat right on the first track. Next he moves on to the funky "I'm Alive" with the bumping bass beats and the chants of "Hey Hey...I'm Alive" you can feel the happy and redemptive spirit of the song with each lyric that he sings. The head boppin' "Go With Me" is up next and this is the standout track on the project if you ask me...turn this jam up in the car and just ride! Not all the tracks are party tunes the moving "The Word" showcases the soulful voice and universal talent of Haddon. Let's not forget the the summer hit that climb the 106& Park hot list... "Love Him Like I Do" featuring Mary Mary and Ruben Studdard which adds a nice touch to the project. Learn more about Deitrick Haddon at www.myspace.com/heydeitrick