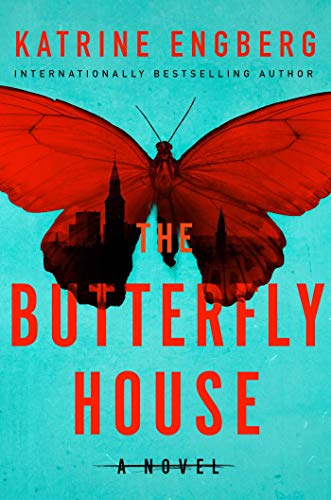 In the second installment of the Kørner and Werner series by bestselling Danish author Katrine Engberg, The Butterfly House detective Anette Werner is on maternity leave, and Jeppe Kørner is temporarily staying at his mother’s house until his new apartment is ready to move in. Anette, who didn’t ever want children, has a new baby and is struggling to accept motherhood and a new lifestyle. She wants to get back on the job, and stays in touch with Jeppe to update herself on cases. The main case Jeppe is working is a series of murders where the suspect uses an antique scarificator, which punches 12 holes in the victims and lets them bleed out over a long period of time - a very torturous death. He then dumps them in fountains around the town square and near hospitals. Early on, Jeppe and other detectives working the case, discover that all of the victims worked at a psychological care center that was closed two years prior after one of the counselors drowned and a patient committed suicide. There are also some sub-plots where supporting characters from the first installment, Gregors, staying with newly retired and bored, Esther DeLaurenti, is put in the hospital where a nurse appears to be killing off patients who are complaining.

While Engberg is an excellent storyteller, and the story, as well as the sub-plots flow and keep readers on the edge, there are a few errors in translation; however, they don’t really affect the story or characters. Engberg could use a good editor who is a little more familiar with the Danish/English languages. However, the characters are very well developed – not only Kørner and Werner (she isn’t quite so likeable in this novel because she doesn’t appear to care much about her baby), but the supporting characters, and they are actually intriguing due to the Danish culture which isn’t particularly familiar to most Americans. There are twists and turns in this novel, and Jeppe is under a lot of pressure from his superiors to solve the case, which is getting a lot of attention in the news. Both Jeppe and Anette, as well as some of the other detectives put themselves in grave danger in a few scenarios, and that makes the novel even harder to put down. There are several tenable suspects, and readers don’t find out who the actual murderer is until the dénouement at the very end.

Highly recommended, this novel gives readers insight into an alternative culture as well as plenty of suspense. Most readers will anticipate the next installment.