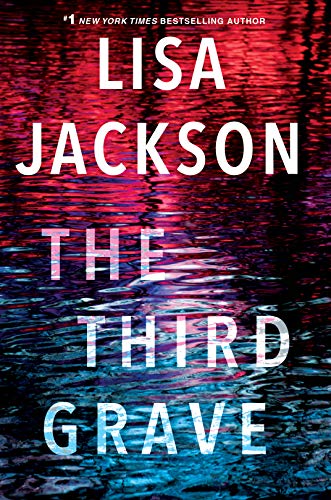 The Third Grave is the fourth installment in Lisa Jackson’s Pierce Reid/Nikki Gillette series. When a thug finds two skeletons of young girls who have been missing for decades, and a place for another while trying to find a treasure in the rundown Beaumont Estate that has been empty for years, Nikki Gillette involves herself to get information so that she can write another crime novel. Her husband, Reid, is a police officer, and is on the team to solve the crime.

As a protagonist, Nikki is selfish and entitled – not someone who most readers will like and want to succeed. In fact, she is pushy, as well as being willing to ruin her husband’s career just to chase a story. Reid is almost as bad, since he is hopelessly in love and unable to think clearly when it comes to his wife. Albeit the unlikeable protagonists, Lisa Jackson is an excellent storyteller, and the story flows and has ups and downs that are both unexpected and surprising. The story is actually fascinating, and readers will want to know where the third body is. Nikki does have some skills in investigating, and her aggressive moves almost get her killed, but also uncover clues to who murdered the girls. Jackson does a good job of developing her characters, and even though they are not likeable, readers will definitely feel like they are real people.

While this novel has an excellent storyline, those of us who are sick of spoiled, self-centered, and entitled people won’t particularly enjoy this novel. Jackson’s other novels are much better, and unless one has plenty of time on his/her hands, will want to skip this and read something better.