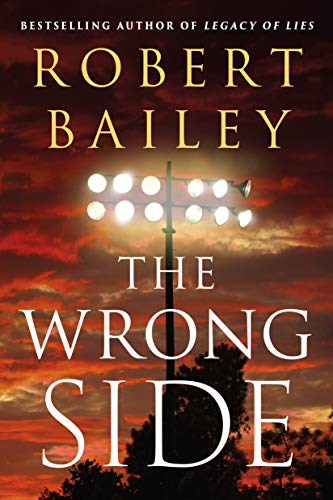 In the second installment of Robert Bailey’s Bocephus Haynes series, Brittney Crutcher, a beloved teen pop star is found murdered in Polaski, Tennessee where Bo Haynes practices as a criminal lawyer known for winning difficult cases. Although he initially refuses the case against Brittney’s boyfriend, Odell Champagne, a loved and respected football star, Bo finds that the circumstantial evidence is almost overwhelming and he doubts Odell is guilty. Everyone in the small Tennessee town is sure Odell is guilty and Bo is hated and ostracized because he takes the case. He has had difficulty in the town before due to his color and previous incidents that he has been involved in.

Robert Bailey is a master at storytelling, especially stories that take place in the South and involve both blacks and whites in small southern towns. This story has ups and downs as well as plenty of controversy due to the prejudices in the town, and readers won’t have any idea of how Odell can actually be innocent. Although Bailey’s characters are extremely well-developed, it helps to read the first in the series, Legacy of Lies, (and Bailey’s earlier McMurtrie and Drake Series) which is also excellent. With Robert Bailey, there will be no doubt in readers minds about who the characters are and how they seem to be real people in the various settings.

As with any good thriller, The Wrong Side has plenty of building suspense; readers will be on the edges of their seats. Thriller lovers will find that this series will become a real favorite and will impatiently anticipate the next installment. Highly Recommended.