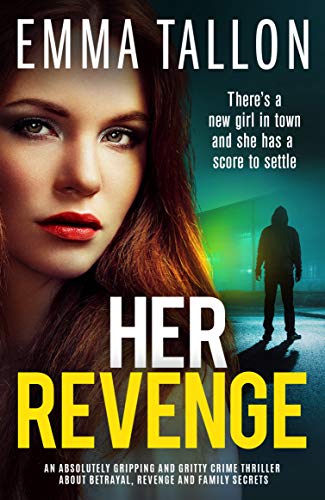 Emma Tallon, author of a bestselling Tyler Family Series, has introduced a new series starring Scarlet Drew, who is the daughter of a recently murdered London gangster. Even though she is only 18, Scarlet is determined to get revenge for her father’s murder and have a place in the family business. She is close to her Aunt Lily, who runs their family business, and who takes Scarlet under her wing. While the Tyler family is by far the most powerful gangster family in London, The Drews are building their influence in the city and Lily is smart enough to know her place and make her mark carefully so as not to offend the most powerful in the London underworld.

Tallon is an excellent storyteller, and this new series is as good as the novels starring the Tylers. Tallon is skilled when it comes to developing characters, and Scarlet Drew, as well as Lily Drew, are perfect as female gangsters. Lily’s two sons are also good, and while they feel they are superior, they accept their young cousin, but don’t think she has what it takes. However, there are scenarios that prove them wrong, and Scarlet ends up holding her own.

Anyone who loves the Tyler Family Series, will definitely enjoy this new Scarlet Drew series, which includes references to the Tyler Family, and introduces new and unique gangster personalities and new branches of the London underworld. Fans of both series will have to be patient for the next installments. While the novels do contain some violence as would be expected from the underworld, it isn’t overly graphic. The novels don’t contain graphic sex, and the profanity is only enough to develop characters and isn’t overly used. Highly recommended.