Over My Dead Body Book Review 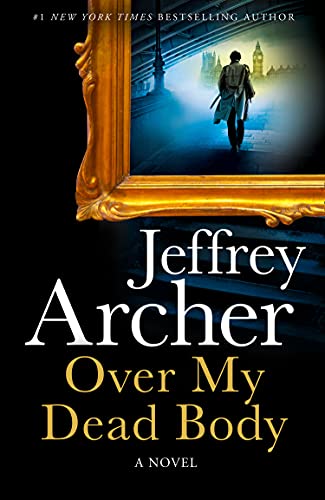 Bestselling British author Jeffrey Archer has released his fourth novel in the William Warwick series, and Over My Dead Body is, as usual for Archer, an excellent novel. Detective Chief Inspector William Warwick is on a luxury cruise where he is front and center in investigating the murder of the head of a wealthy family and the quest for power. After the cruise, Warwick continues his investigation of an unscrupulous art dealer who has suspiciously been declared dead (Warwick’s sure he is alive), and also he has been named the head of a new cold case squad with plenty of cases to solve.

Although Archer is a veteran storyteller, and gives an English twist to his excellent storytelling abilities, he hasn’t modernized his language to include things that are politically correct, such as “stewardess” instead of “flight attendant” which has been the correct term for over 30 years. His writing is excellent, albeit a bit old fashioned which is refreshing and makes his novels even better. His characters seem real and are well-developed. This novel has plenty of ups and downs, as well as surprises and building suspense, especially near the dénouement of the novel, allowing readers to sit on the edge of their seats throughout.

Anyone who hasn’t read Jeffrey Archer has really missed out. This series is excellent, and his previous novels are also worth reading. Over My Dead Body can be read as a standalone novel, but readers will find that they want to read the other novels in the series. Well-worth reading.