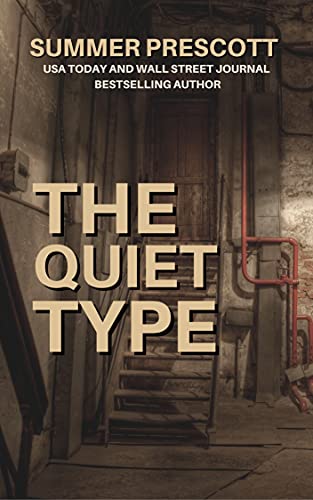 Tim and Susannah met while in mortician school and married shortly after in the first installment of the Dark Hobby Trilogy, The Quiet Type by bestselling author Summer Prescott. Susannah grew up in a home where she was ignored by her mother and harassed by a cruel father. She was bullied at school because of her weight and took revenge into her own hands before meeting Tim, who was awkward and unsociable, and who preferred working with the dead rather than live people. Susannah is a master chef with little tolerance for co-workers who don’t have her skills. Tim has no idea that his wife has a dark hobby. While Tim takes care of the mortuary duties and Susannah cooks for a high-end restaurant in their small town, there are several suspicious deaths, and law enforcement, sure Tim is behind it, sets out to prove their theories.

This novel is a bit bizarre, and leans toward horror; it’s a good thriller and will keep readers on the edges of their seats because it is not only suspenseful, but the scenarios are so unexpected and different, readers will want to keep reading to see what could possibly happen next. The characters are very well developed, and readers will have some empathy for the backgrounds of the main characters and be thankful that their lives are different. It’s a good thing Susannah and Tim aren’t real people, and that most of us don’t know anyone who is like them.

All told, this novel is perfect for those who want something really different and fascinating.