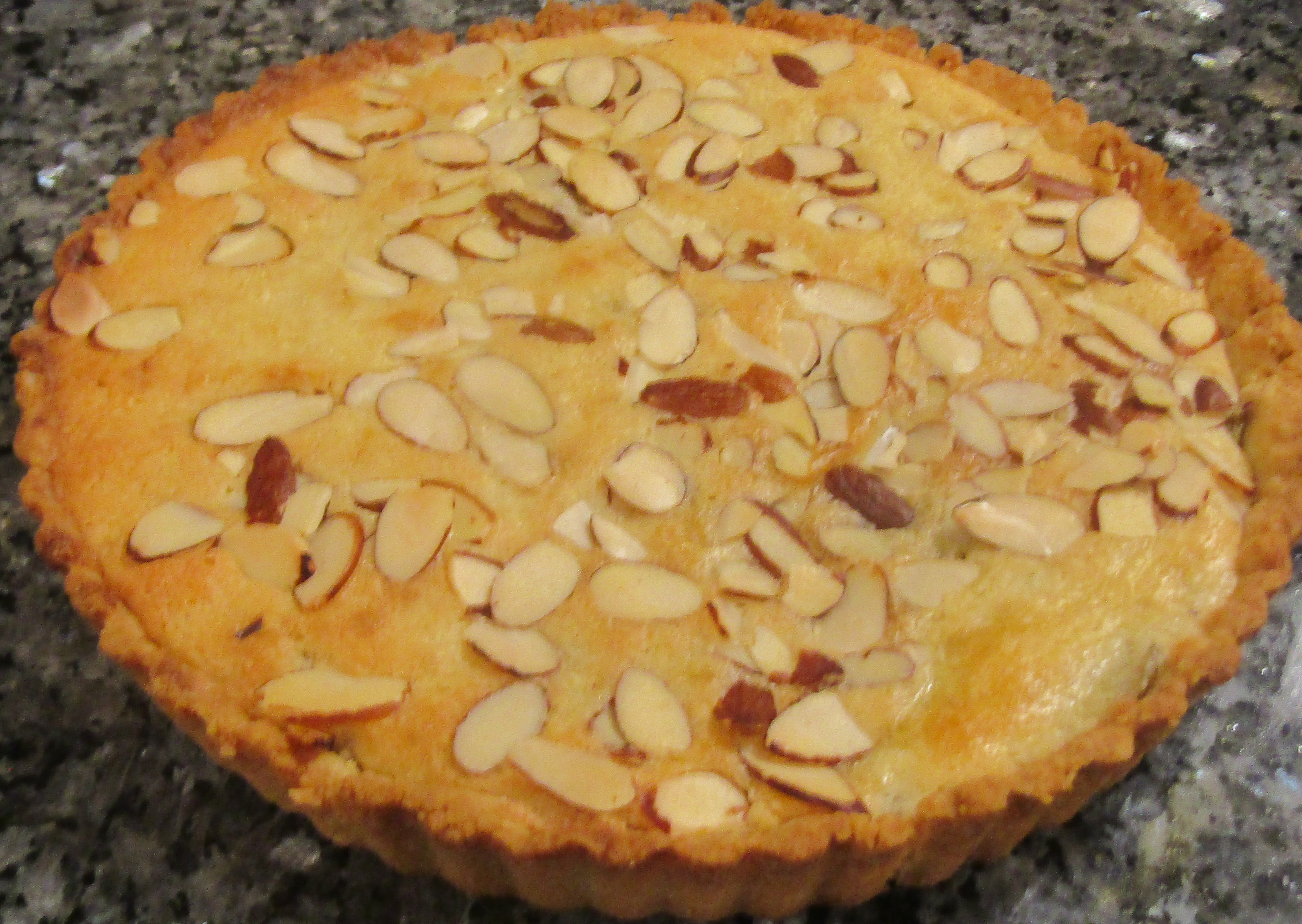 One of the most popular desserts in the UK is the Bakewell tart. It is believed to have originated in the town of Bakewell, in Derbyshire and is a variation of Bakewell Pudding. Most historians believe that it was developed a few years after Bakewell Pudding which came out around 1820. The tart consists of a short crust covered by jam (originally cherry but now mostly raspberry) and covered with a frangipane mixture topped with sliced almonds. Over the years, bakers have used different flavors of jam, and the following version Rhubarb Bakewell Tart uses a roasted rhubarb mixture which complements the almond flavors in the tart.

You can’t go wrong with this delicious tart. It’s quite easy to put together and will be popular with guests and families. It keeps well for several days, although it’s so good it probably won’t last long.

Bake 25-30 minutes or until the frangipane is set.