Alternate Names: The Republic of Zambia

Flag: The flag has a green field with a panel of three vertical bands of red (hoist side), black, and orange below a soaring orange eagle, on the outer edge of the flag.

Date of Independence: October 24, 1964 from Britian 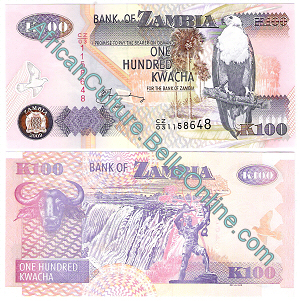 Climate: Zambia has a tropical climate that is modified by elevation and a rainy season that occurs from April through October.