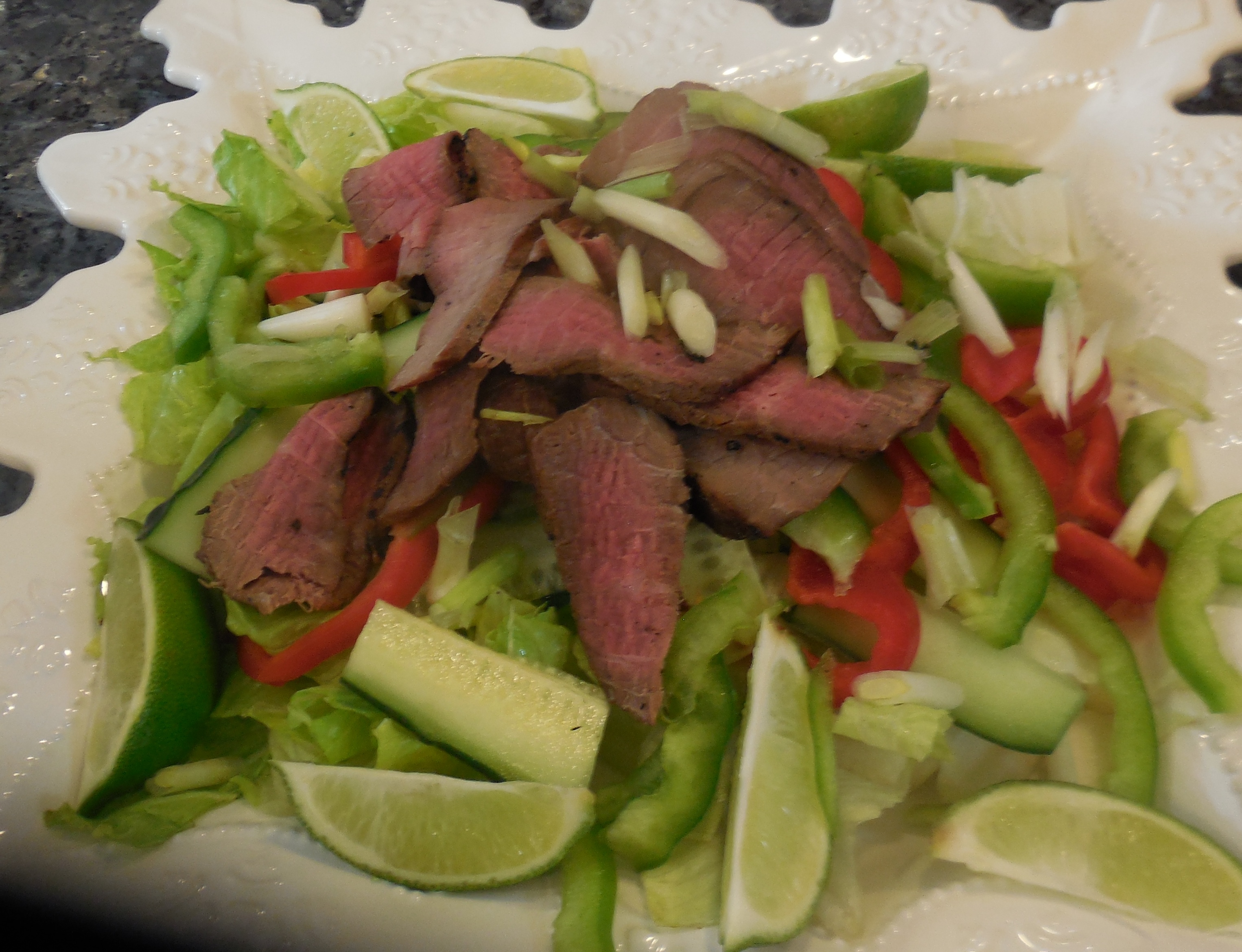 When Kevin Smith isn’t working as a Flight Attendant for a major airline, he likes to stay home and cook for his wife and two teenage sons. One of his family’s favorite dishes is this easy, but luscious Kevin’s Thai Beef Salad. The original recipe came from an article published in the New York Times many years ago, but Kevin has adapted it to his family’s tastes. Kevin spends time each summer in Thailand with his wife’s family, and many of his best dishes, including this salad, have been influenced by the ingredients found there.

The beef, which is very flavorful and tender due to marinating, is served atop salad greens; although Kevin doesn’t, I like to add cucumbers, red and green peppers, and scallions for texture and color. The salad is great with a simple squeeze of lime, but I’ve included an optional light Thai dressing that can be drizzled over the salad just before serving. Since the dressing has only four ingredients, it can be mixed quickly while the beef grills. Kevin’s Thai Beef Salad looks beautiful when served on a platter on the buffet table, at an outdoor party, or at a summer get-together. All of the components can be prepared ahead, leaving only the grilling to do at the last minute.

3 scallions, cut in 1/2" lengths on the diagonal

Note: because most of the marinade is discarded, the actual sodium content is much lower than shown above.