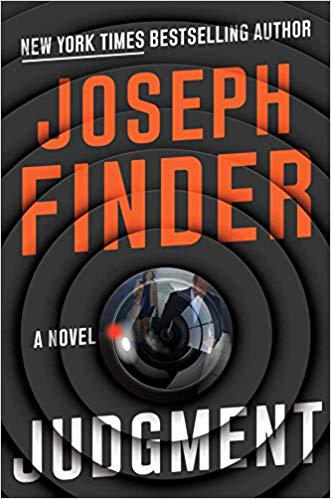 Judge Juliana Brody is the one who always did what was right. However, while out of town at a conference, she breaks her own personal rule and orders a second drink, which leads to a one night stand with a man in Judgment, a novel by bestselling author, Joseph Finder. Although they agree that this won?t be repeated, Juliana learns later that the affair was filmed and she is being blackmailed; she is the judge on a controversial case and is given the choice to rule in a certain way or the film will be exposed to the media, ending her career and her marriage. Juliana has a powerful judge friend who gives her advice, and by following the advice, puts herself in a dangerous position. The grave situation hits home with Juliana when key people in the case are found murdered; she knows she is next.

Finder is a bestselling author for a reason; he is a fabulous storyteller, and has the ability to make readers feel what the characters are feeling. He does an excellent job of developing his characters ? especially Juliana, who has in the past always done the right thing. Readers will put themselves in the situation and wonder how they could survive something as dangerous and serious and what Juliana is going through. As the story is told, suspense builds; key characters are put in danger, and additional characters are murdered.

This is an excellent novel for those who like to stay on the edge of their seats. There is something new with twists and turns, including unexpected scenarios. Finder methodically tells the story giving the reader just enough information to get to each of Juliana?s setbacks.

Highly recommended, this is an excellent suspenseful thriller.