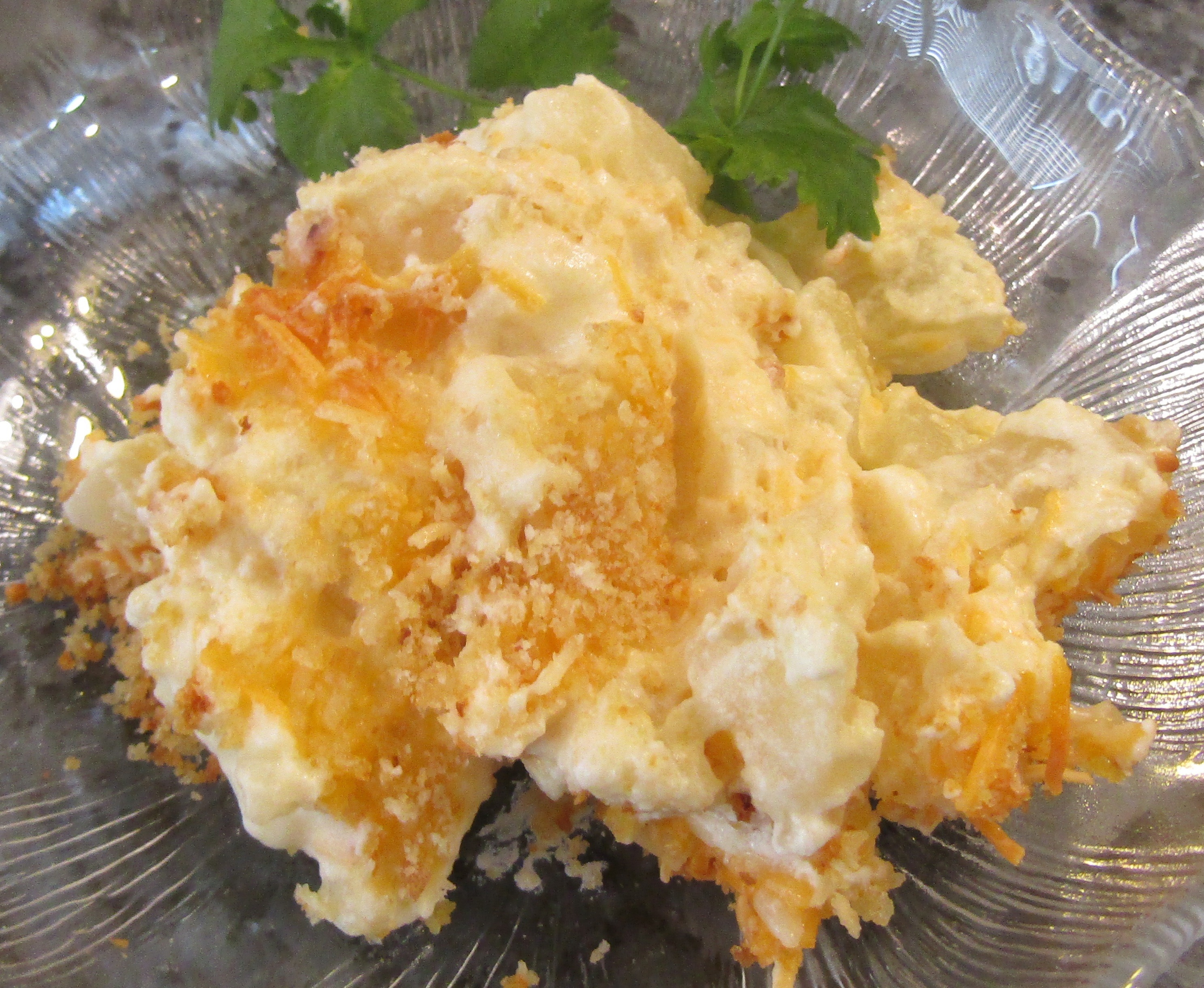 Every region in America has special dishes that they serve on certain occasions. Utahans are famous for their green Jell-O salads, budget casseroles, and especially their Mormon Funeral Potatoes. These potatoes are actually served at most funerals for members of The Church of Jesus Christ of Latter Day Saints, which is the predominant religion, but they are served often at family dinners, too. I have been making and eating these potatoes since I was young, and they never disappoint. They can be made ahead and refrigerated, or baked immediately after assembly. They are creamy and cheesy, and easy to make.

There are dozens of variations of this Utah-based recipe; at funerals it’s sometimes difficult to know which version to put on our plates, since members donate the casseroles to feed the families of the deceased, and there are always a dozen or more funeral potato casserole dishes on the buffet table. Some versions include diced potatoes, some shredded potatoes, and some have sliced potatoes. The sauce varies, but always includes cream of something soup – mushroom, chicken, or celery, and sometimes the kind of cheese varies. Although most versions are topped with crisp cornflake crumbs, dry bread crumbs are used often, also. At funerals, the menu is usually these potatoes, sliced ham, salads (Jell-O and tossed), and always assorted cake squares. You don’t have to wait for a funeral to make these yummy potatoes; they make a great side dish with any meat, poultry, or fish. The recipe can be halved for a smaller crowd.