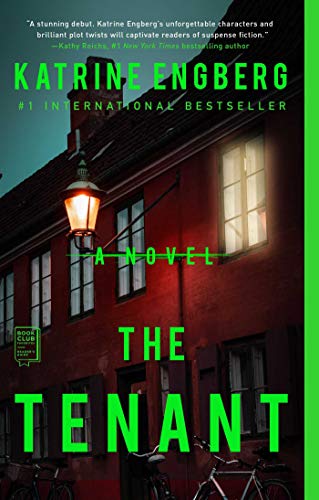 While most of us are used to thriller novels being set in London and other familiar European cities, as well as America, Scandinavia is still a mystery in itself to those of us who haven’t visited. Katrine Engberg, a former dancer and choreographer has become a popular crime novelist in Denmark, and her debut novel, The Tenant in the Kørner/Werner Series has become a bestseller. Esther de Laurenti, a drunk who likes to party with her artist friends, has lived in the same building her entire life; she owns the building and Gregors Hermansen has been a tenant on the second floor for over 20 years. As he takes his trash out, he sees that the door to the bottom floor apartment was open. He isn’t sure if Julie or Carolyn, the renters, were just drunk and left the door open, or if there was a break-in. Gregors has a heart attack and is rushed to the hospital before learning what has happened, but it turns out Julie has been brutally murdered. Her rich and influential father is called to the city and Jeppe Kørner and Anette Werner with the Copenhagen Police are the lead detectives on the scene.

While her characters are well-developed, they have personal problems of their own that they are trying to work through, and they don’t particularly like each other or work well together. Readers probably won’t like them either, and it seems that the murder case would be solved faster if they acted professional and worked together. However, the story flows well and will keep readers on the edge as the pieces to the puzzle come together. There are several suspects, and other players that aren’t suspects at all; some of the key players are in danger, and there are surprises at every turn.

Understandably foreign authors have the extra burden of translation from their native language to English, but this novel has very few mistakes and flows in a way as if English was Engberg’s native tongue. The fact that it is set in Denmark adds to the charm and gives readers more than just a murder mystery to ponder over; it introduces a whole new culture to become familiar with.

This novel is the first in a series, and those readers who like the detectives will definitely want to read this novel as it is an introduction to Jeppe and Anette. The novel is good, but since the characters are at odds with each other, may not be one for everybody.