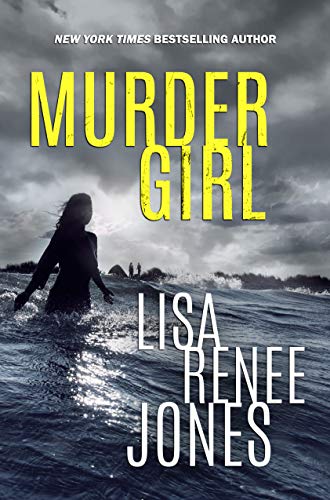 Bestselling author, Lisa Renee Jones, introduces a new series with protagonist Lilah Love, who is an FBI profiler. Both Murder Notes and Murder Girl are part of what is dubbed as a Murder Duet. Love, is working FBI on the west coast, but a murder investigation takes her back to her hometown in the Hamptons where her father is mayor and brother is chief of police. Lilah chases clues and is assisted by her ex-boyfriend and supposed mob boss, Kane Mendez, who is still in love with Lilah and protects her. Readers will find that the ending of the first of these novels ends in a cliffhanger, and it is necessary to read them together to get the full story.

Most thriller aficionados read series with characters that they like and can relate to, this series is a bit different. While Lilah Love is attractive and grew up privileged and entitled, she has a filthy mouth and does not exhibit even a trace of class. Her favorite word is F**k, and it is used dozens of times whenever Lilah is mentioned. Partly because of this, and because of Lilah’s lack of morals, it is certainly not endearing. Nor is it cute. It does not contribute to making this new series fun or enjoyable. Actually, Lilah as a protagonist, is a terrible character, and anyone with a lick of honor won’t like her.

While the story is well-written, it is difficult to get into a book where the main character is unlikeable. The book is actually a romantic thriller, and the emphasis in both books is on the relationship between Lilah and Kane with not much emphasis on the actually storyline and the actual crimes being committed.

Readers looking for a new series may want to skip this one, unless they like to read profanity rather than meaningful words.