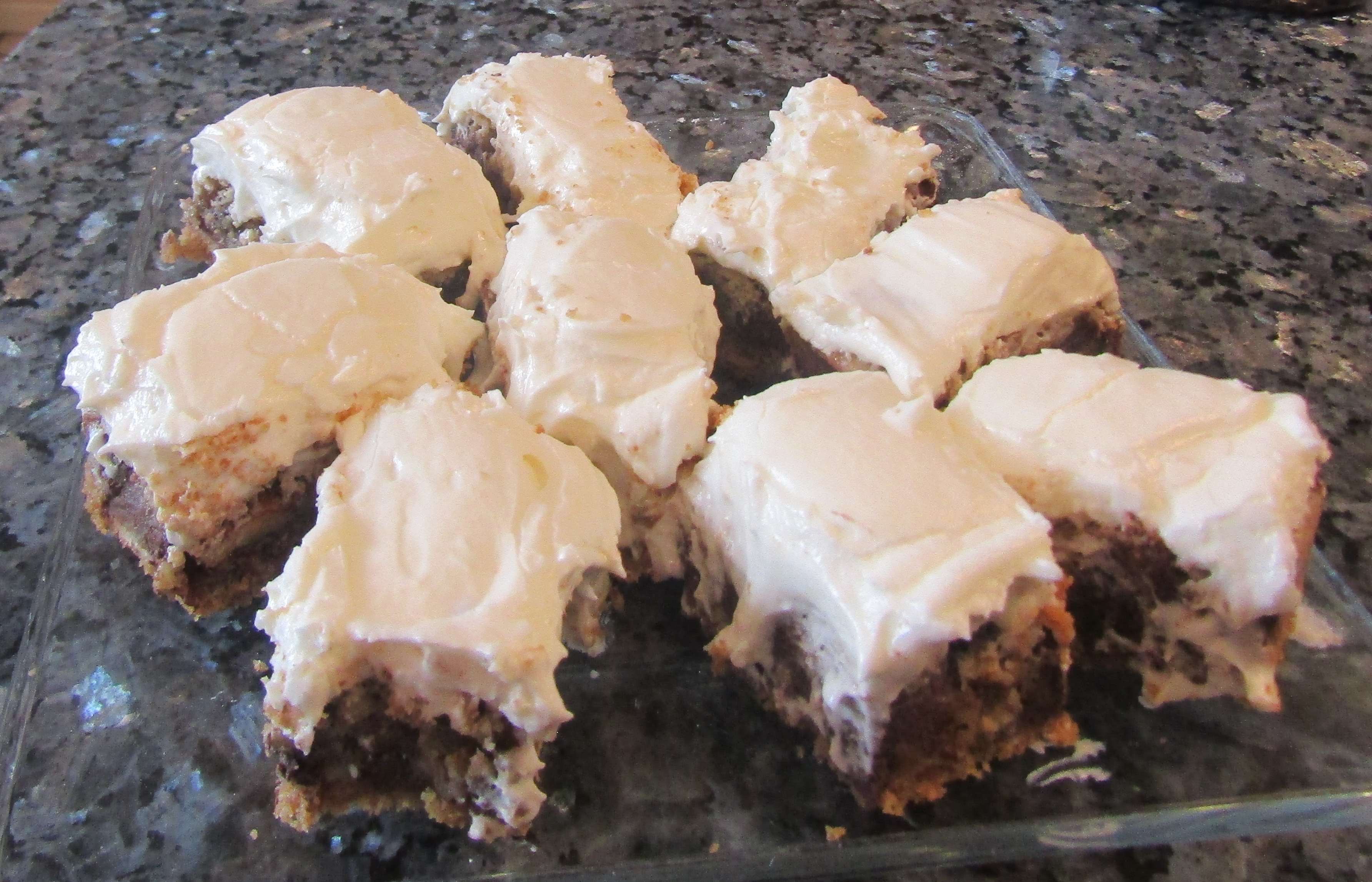 Newfoundland is the easternmost province of Canada. Some of the traditional food served there is different from other Canadian provinces, and the citizens are proud of their favorite dishes such as Touten (fried bread), cod dishes (fish is an integral part of their diet – their fish and chips are served with dressing and gravy), and a Jiggs dinner, which is basically New England Boiled Dinner. Luscious desserts are also featured, and one that is very popular and served year-round, but always at Christmastime is Queen Anne Squares. This recipe is adapted from two recipes found on two favorite and fun Newfoundland food blogs, Rock Recipes and Lord Byron’s Kitchen.

Several official Hancock tasters loved these, including Mr. Picky, and they have become a new family favorite. They consist of a moist chocolate cake layer, with a gooey coconut layer in the center, and a rich chocolate frosting layer. You can serve these as dessert anytime, and they are perfect for taking to pot luck dinners or gatherings. While decadent, they aren’t as sweet as some other desserts; unsweetened coconut is the key, so don’t try to use the sweetened, flaked kind.