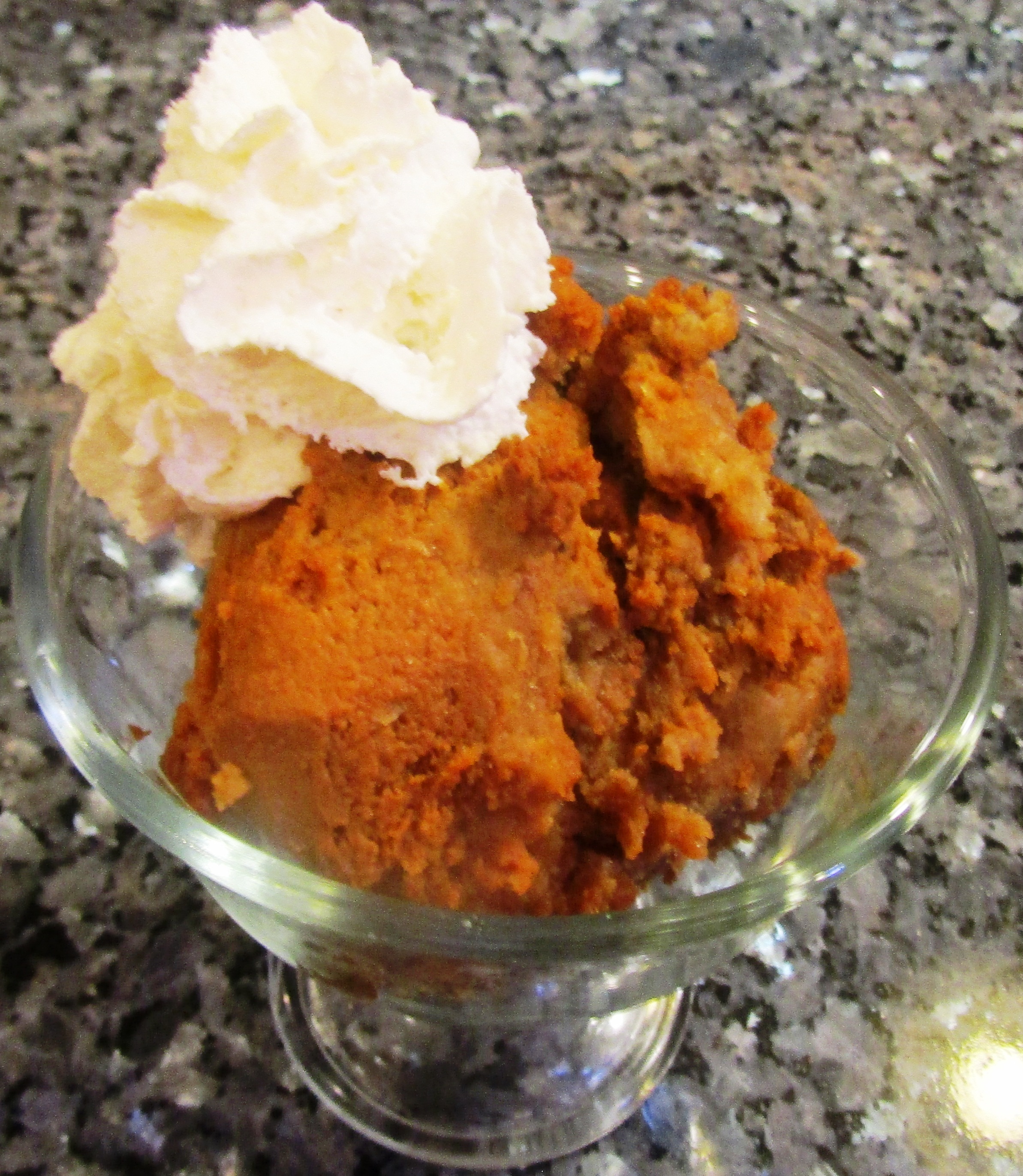 No time to make pie, but want something pumpkin flavored for the holidays? This Slow Cooker Oatmeal Pumpkin Pudding uses a surprising convenience product to make a luscious, moist pumpkin pudding that is made in the slow cooker. It only takes a minute or two to assemble this pudding, and no one will guess that it is so easy.

This recipe came about when my husband, who is a junk food fanatic, was on an oatmeal cream pie kick, but got sick of them and didn’t eat his last package. Not wanting them to go to waste (or to my waist), I broke them into my slow cooker and poured my favorite non-curdling slow cooker custard mixture over them.