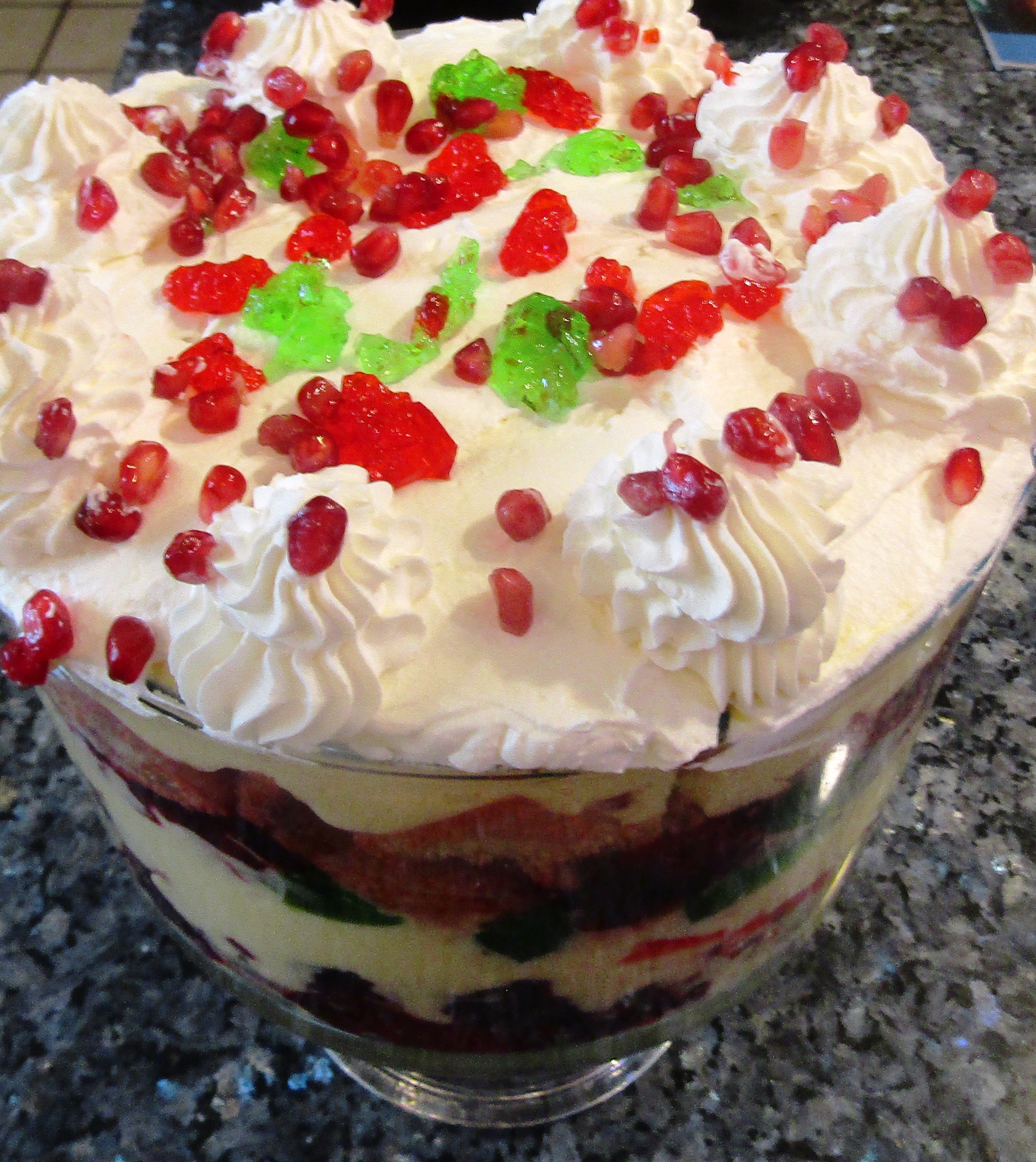 My Grandma Niederhauser often made a dessert that she called Trifle. It wasn’t really traditional English trifle, since it had no sherry, and she used regular yellow cake squares as well as squares of Jell-O. It was a good pudding, however, and I loved it when I was lucky enough to eat it at her house. The following Untraditional Christmas Trifle is similar to what I remember eating at her house, and since this has red and green squares of Jell-O, it’s a festive dessert to serve throughout the holiday season.

You can use any kind of cake you like – pound cake, yellow cake, sponge cake, even fruit cake--just whatever you happen to have. I soak the cake in a little cranberry or raspberry flavored coffee syrup (or liqueur if you like) to moisten it, and instead of fresh berries, I like to add whole cranberry sauce. I also like to add a few pomegranate arils if I have them. Even though this isn’t really much like real English Trifle, it’s good, and perfect for a tree-trimming party or a make-ahead dessert for a family get-together. It’s also easy and can be put together a day ahead.