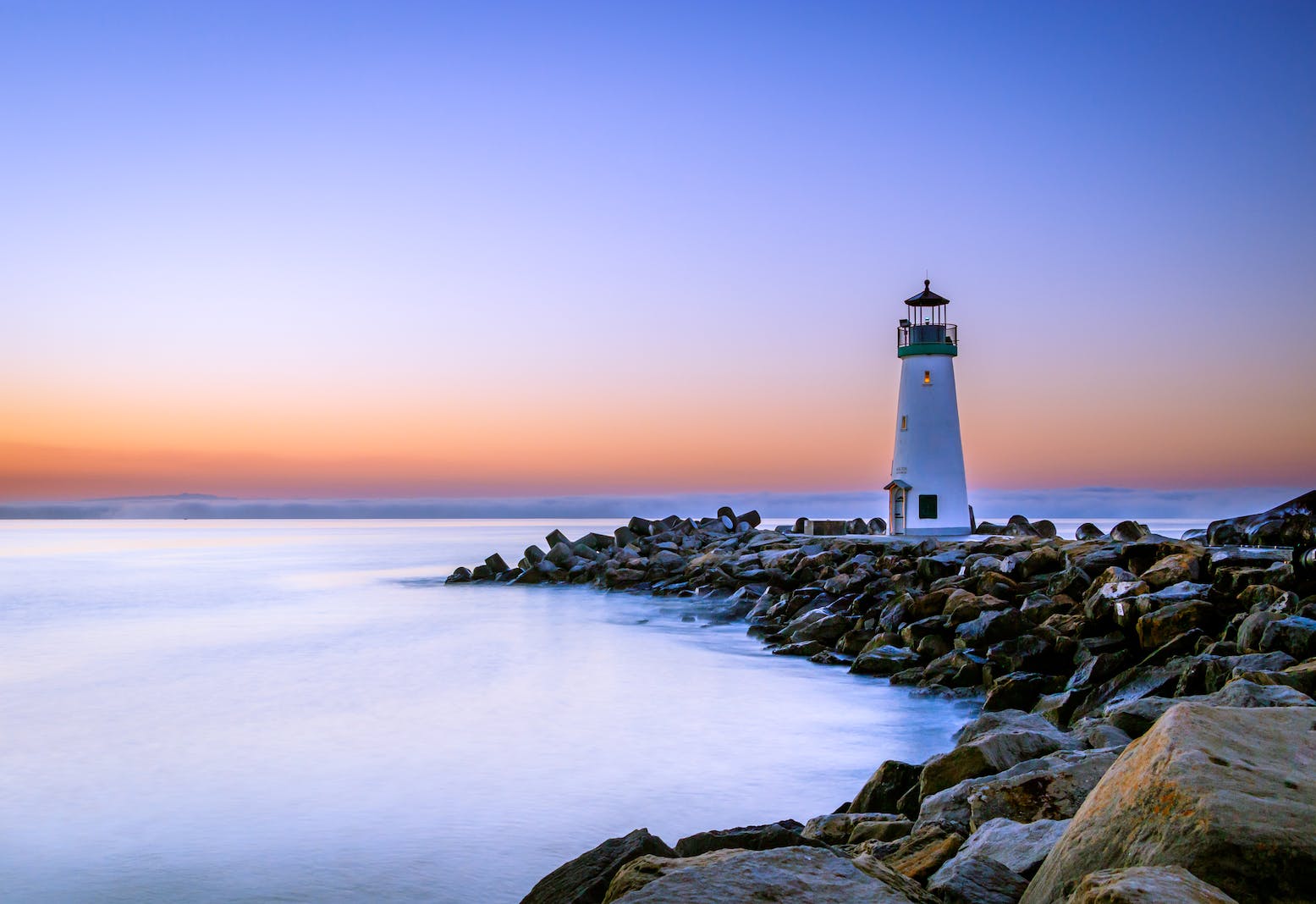 California became an independent republic in 1848, and joined the United States as its thirty-sixth state in 1850. Located far from the industrial and commercial centers of the East Coast, it became an important trade route due to the Gold Rush and the settlements which followed. Ocean travel was in many ways more comfortable and safer than foot voyages across the continent, and until the transcontinental railroad was completed in 1869, was by far the easiest way to get to the Golden State.

The California Coast is very beautiful, but also treacherous. Fog and rocky shoals make it difficult to reach the shoreline. Beginning in 1855, lighthouses were constructed along the coast to protect tall ships carrying supplies and settlers. Because the lighthouses were designed on the East Coast for standardized building, the original eight lighthouses were built in a Cape Cod style. Later on, other lighthouses were added. Seven more are also considered historical lighthouses, with the rest being added to the total during the 20th century.

These days, most lighthouses are mechanized rather than run by lighthouse keepers, and for that reason the human element from the past is at once historical and romantic. Hardy men and women lived lonely lives, far from civilization, to conduct routine maintenance and make sure that the Fresnel lenses were doing their job. Historical accounts are fascinating, and there are also a great many ghost stories that have developed around ‘haunted’ lighthouses, with several California historic lighthouses the setting for outlandish tales.

Lighthouse preservation occurs for many difference reasons. Automated lighthouses are run by the Coast Guard, which also watches over many of the original lighthouse buildings. In addition, there are local preservationist groups which “adopt” lighthouses; the San Fermin Light in Los Angeles, for example, is staffed by volunteers. In 2000, the National Historic Lighthouse Preservation Act created a mechanism for transferring lighthouses into the hands of public and private organizations who wished to care for these historic buildings.

Depending on the lighthouse, visitors can either join an organized tour of the grounds and the building, wander through exhibits provided by volunteers or the National Park Service, or photograph the buildings from afar. A driving tour of all California lighthouses would cover the length of the state, so it makes more sense to break the visit up into different tours, combining them perhaps with visits to other California sites. A visit to the Battery Point Lighthouse (an 1856 Cape Cod building) in Crescent City, for example, would fit in well with a trip to Redwoods National Park. Point Reyes National Seashore, a hiking mecca just north of San Francisco, contains the Point Reyes Light, which maintains visibility for the north section of San Francisco Bay, at the state’s foggiest point. The old Point Loma Lighthouse is located within Cabrillo National Monument in San Diego.