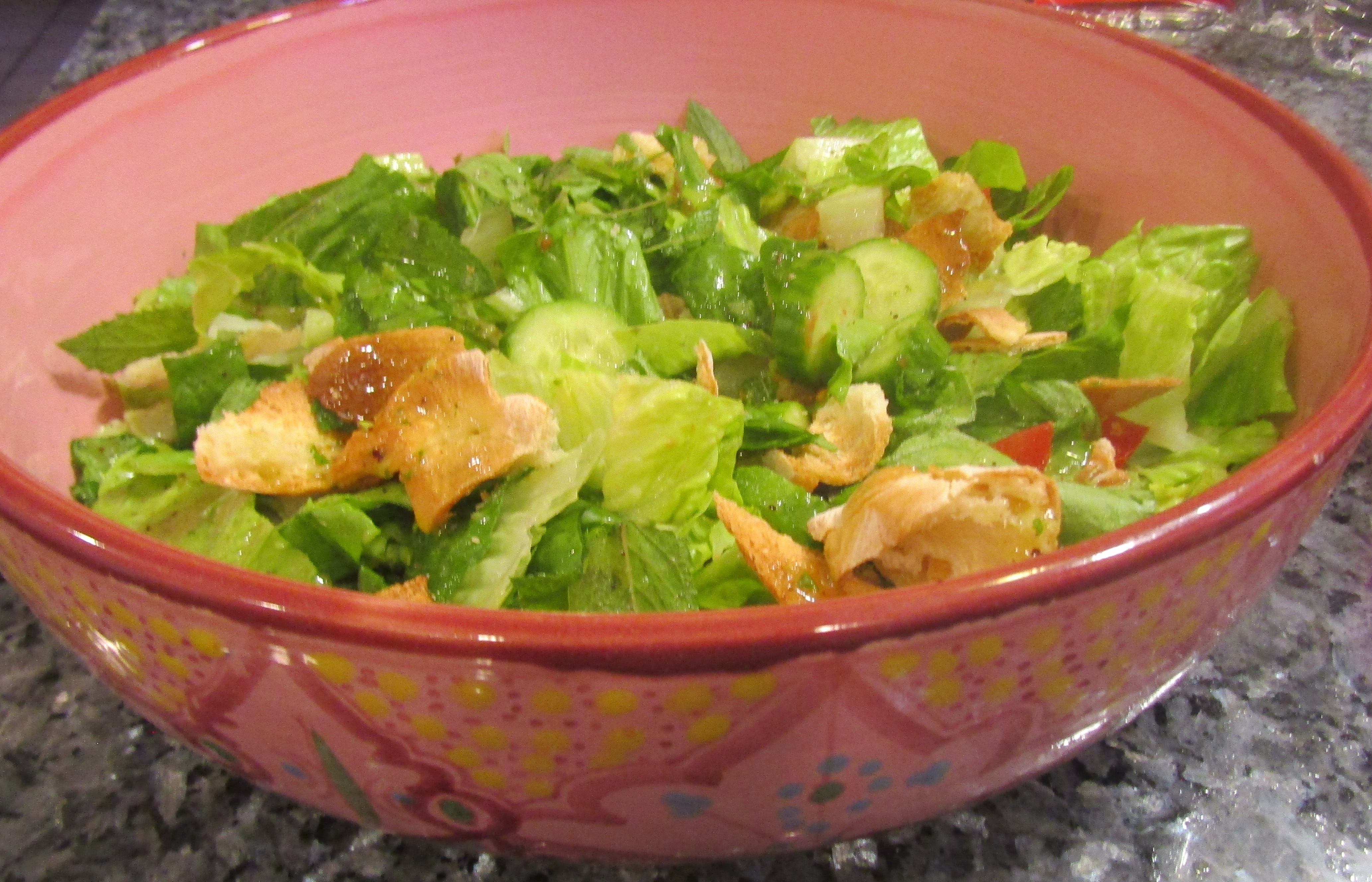 I first tasted this different and delicious salad at a restaurant near the Detroit Airport (Romulus, Michigan) called Beirut. Since then, I have ordered Fattoush at several other restaurants, but have never found one whose fattoush is as good as Beirut’s version.

Fattoush, which is a Lebanese bread salad, takes advantage of Mediterranean seasonal vegetables such as tomatoes and cucumbers as well as fresh herbs – parsley and mint. I believe the salad was originally developed as a way to use up the stale pita bread that always seemed to be available in Lebanese homes. Most versions of Fattoush use a dressing of lemon juice, olive oil, and sumac, which you can use on this salad; however, I prefer the Lebanese salad dressing in the recipe below, since it isn’t quite as sour.

If you don’t want to fry your stale pita bread, you may toast it on a baking sheet in a 350° oven for 10-15 minutes, turning the pieces occasionally. This method makes the salad lower in calories, but it certaintly won’t taste as good as the fried.

I like to serve this salad with either Chicken Shawarma or Mediterranean Pork Tenderloin along with Middle Eastern Rice Pilaf (recipe links at the bottom of this article). This salad can be served as a main dish by adding grilled chicken, shrimp, or beef.

Cut the pita loaves into 1” squares. Heat the vegetable oil in a large skillet; add the pita bread pieces and stir in the oil until crisp. Remove from the pan and drain on paper towels. This can be done several days ahead. The pita pieces can be kept longer in an airtight container.

Mix all salad ingredients; add the bread pieces and toss with the dressing.  Serve immediately.

Mix all ingredients well. Let sit for a while to blend flavors.