Flag: The Liberian flag is based on the US flag. The eleven stripes stand for the eleven signatories of the Liberian declaration of independence. The five points on the white star signifies that Liberia is the first independent republic in Africa. The colors red, white, and blue signify valor, purity, fidelity.

Administrative Divisions: 15 counties which are divided into districts and then into clans. 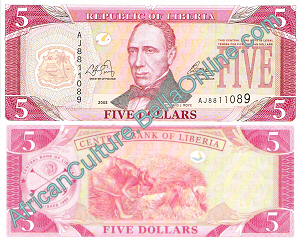 Climate: Hot, tropical climate with little variation in temperature. The wet season runs from May to October. The dry harmattan wind blows from the Sahara Desert from December to March, making the coastal belt particularly arid.