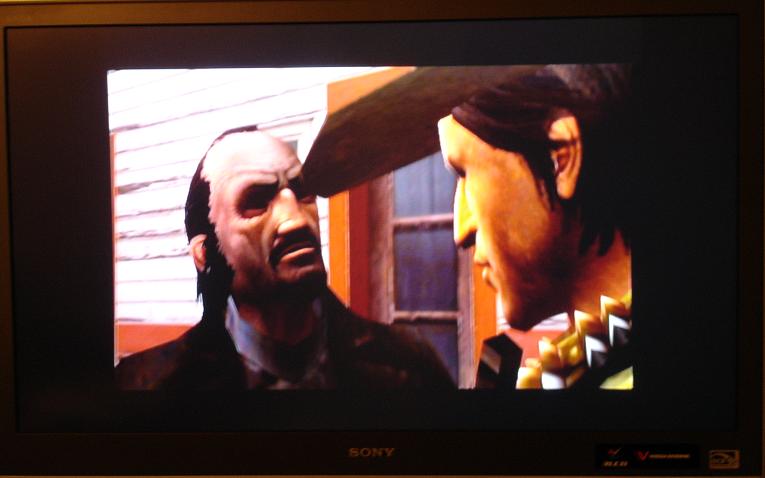 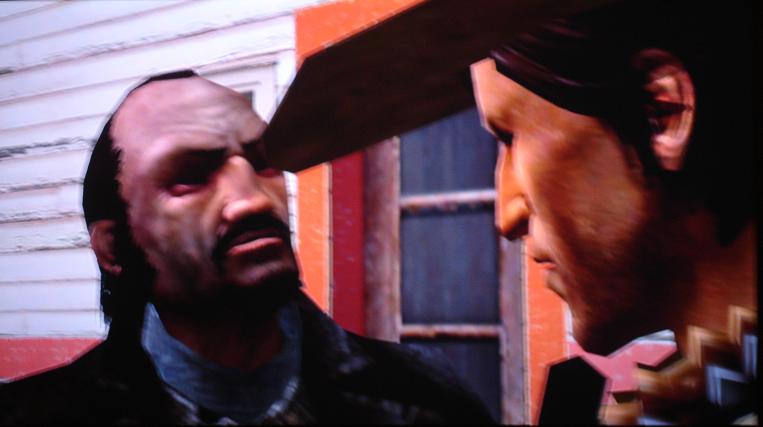 These are cut scenes, and the cut scenes were done "widescreen" in the original XBox so it makes sense that these would match up in that sense. Note that these are "free running video" segments so it was hard to take the photo at the exact same time in both.

You'll note that both look very nice, with good detail on the weathered building, for example. But look at the "preacher's" face - the guy on the left. In the XBox version it is very plainly lit - bright spots on the face. In the XBox 360 it's much more subtle, much more realistic. I didn't use a flash on either picture, both are just the way they look.