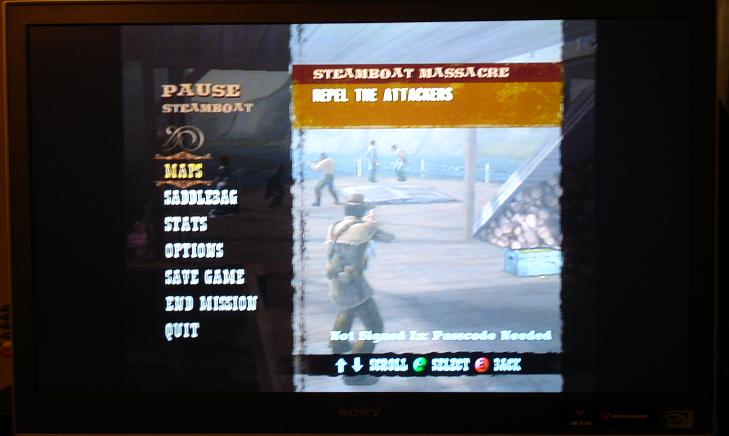 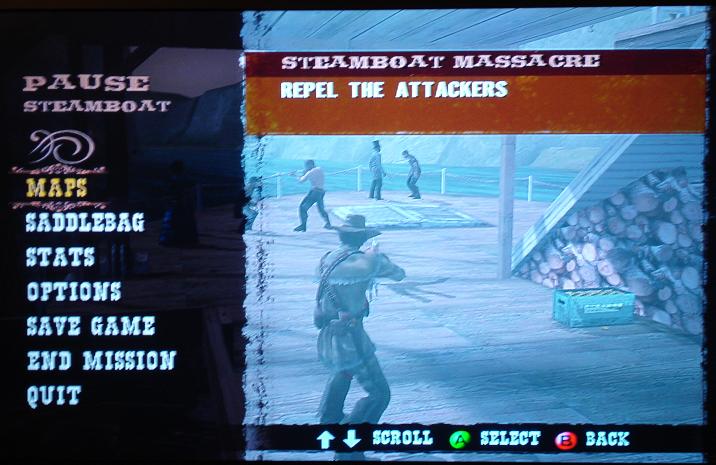 This pause screen is just when you get on the steamboat and are able to start fighting. Note that "live action" is paused here - that's not a painting you see. You can see pretty clearly how the XBox 360 gives you a wider angle here - on the right of the XBox the blue box is right at the edge of the screen, while at the XBox 360 there is space past it to the right that's visible.