A 33-year-old Vincent Van Gough arrived in Paris having decided to paint landscapes after studying ministry. Several years later, overworked, he escaped to Anvers-Sur-Oise, once a days’ carriage ride from Paris, now an hour out where the suburbs thin to villages.

You’d recognize the arch-shaped stone cathedral from his painting and the white plaster courthouse that still stands on the sleepy main drag. He would paint at the rivers edge or bedside in a rented chamber of the Ravoux Inn where he stayed two months. All that's left is haunting emptiness but tourists still pay to peek inside. 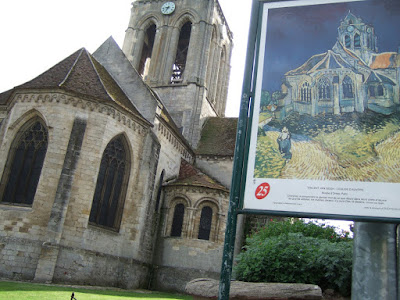 19th century cures read like poor mens diets. Lunching on a piece of dry bread and a glass of beer was Dickens’ method for those at the point of suicide to forget or detour from their aim. Van Gough had lost a child a year before to the day, July 29th, 1890, he decided to take his life. Lying on his bed he turned a hunting rife on himself and administered a wound to his chest that ensured his death at 37 years old. 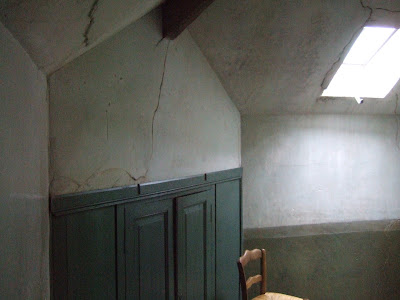 In the cemetery beyond the sprawl of yellow wheat fields modest gravestones mark where he and brother Theo lie side by side. All is quiet with Carnations and Camellias the only testament of visits. 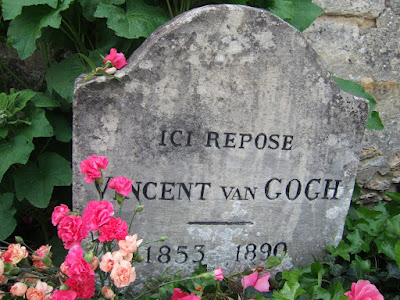