Cape Breton was once home to one of the worlds few real life giants. Angus MacAskill was 7 feet 9 inches tall weighed 425 lbs and had a shoulder width of 44 inches. He was named as the worlds tallest, biggest and strongest non obese man in the world in the 1981 Guinness Book of World Records.

There have been many stories recorded throughout the years which demonstrate MacAskill's insane strength. These stories include picking up a 2700 lbs anchor and caring it on his shoulders while walking down a wharf to win a bet, another story includes MacAskill splitting a boat in two after a tug-of-war match with him and the fishermen sailing it. There have been many other stories as well including how he threw a man over a wood pile, but though some of the stories make MacAskill seem evil hearted he was actually a very kind and helpful man who was much loved amongst his community.


MacAskill lived his life like any other, though he lived the better part of his life in Nova Scotia he was actually born in Scotland. He came over with his family at a very young age (the exact age has been debated, some believe he was 3 while others think 6). While growing up he was no bigger then any other child but by the age of 14 he began to become noticeably larger and even earned himself the nickname "St Ann’s big boy". The giant toured the United States, Cuba and other area's being exhibited as the worlds tallest man. When he returned home he bought some land and put in a hard life's work just like everyone else. He used his large size to help out others when he could, and won the hearts of many.


He passed away on August 8th, 1863, in his home. Though he is no longer with us his memory remained and still remains alive amongst locals. Know to them fondly as "Giant MacAskill" his home on Cape Breton still remains and is open as a museum for travelers. The museum still has the bathtub he once used as well as a sail boat, plates, and other items once owned by the Cape Breton friendly giant. MacAskill's grave site though run down over the years has been resurrected and restored by the Nova Scotia government. The 12 foot long plot was fitted with a new headstone which had replace the old decade one. Travelers and locals often visit the site and it is not uncommon to see freshly laid flowers on top of the grave. 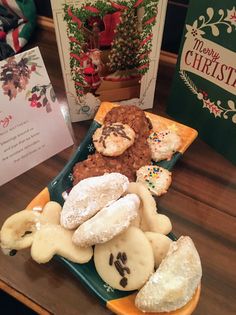