The History of Mother's Day

Believe it or not, Mother’s day is not a holiday that was created by Hallmark Greeting cards. The inspiration for Mother’s day came from a woman named Anna Reeves Jarvis. Anna Reeves Jarvis was a social activist and worked with women’s organizations throughout her career. She worked hard creating Mother’s Day Work Clubs to improve working conditions for women and living conditions for children. She desired a day of commemoration for all women.

After her death in 1905, her daughter – Anna Jarvis – was instrumental in fulfilling that dream. Two years after her mother’s death, Anna Jarvis held a commemoration in her mother’s honor. It was at this tribute to her mother that Anna Jarvis announced her plans for a national celebration of motherhood. On May 9th, 1914 - Woodrow Wilson proclaimed Mother’s Day (the second Sunday in May) a National holiday.

Prior to the efforts of the Jarvis women, Julia Ward Howe had been an advocate for a Mother’s day. Her childhood and early-married life were probably great influences on her beliefs and later advocacy for women. She lived with men who did not value education of women, hearing a woman’s voice, or women who worked outside of the home. When her husband died, Julia Ward Howe began to live a second life.

She was a strong promoter of women’s rights. She was a preacher, a writer, and a poet. Howe was the writer of The Battle Hymn of the Republic and had been greatly impacted by the devastation of the American Civil War. The thought of a mother’s child killing another mother’s child led her to gather women together for a Mother’s Day, asking for peace and honoring motherhood. In 1870, she issued her first proclamation in support of a Mother’s day – a day to bring women together to work toward the goal of world peace.

Julia Ward Howe, Anna Reeves Jarvis, and Anna Jarvis were women who paved the way for women in motherhood today. They not only earned due respect for women and the role they play in this world, but they were three strong women with devout beliefs about life, peace, and the sacred responsibilities to all humankind.

Today, Mother’s day is said to be a sixteen billion dollar business. Surely, the intentions of these three women have been lost to the Mother’s day celebrations of today. We have evolved from movements of global peace to breakfast in bed. Let us remember the power of raising children in a village and of caring for one another’s children. Let us keep in mind the honoring of those women who have come before us, paving the way for our life’s eases, luxuries, and entitlements we are accustomed to today.

Imagine a conversation with one of these three women. What do you expect they might say about motherhood today? How do you think they would view the evolution of their actions? What more do you think that might ask for from women of today?


You Should Also Read:
Motherhood in the 1800's 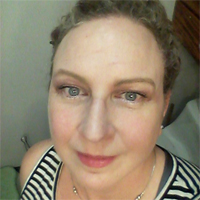 The Moms forum is a place for moms to grab a cup of coffee, relax for a few minutes and read about the happenings with other moms. Enjoy!

My Daughters Self Image

Moms Can Relax After the Holidays