I really enjoy the X-Men series, and was looking forward to learning more back-story to the latest X3 movie. It was disappointing that this game seems to have been rushed. 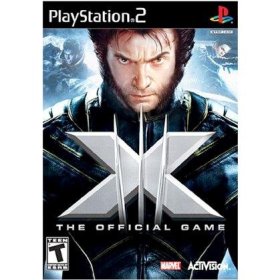 First, you can only play 3 characters - Wolverine, Iceman and Nightcrawler. I really like the Wolverine character, but his game action is rather feeble. He just hacks, hacks, and then hacks some more. In comparison, Iceman and Nighcrawler are much more fun to play. I enjoy the Iceman's sliding along the pathways he creates, and I love the BAMPF as Nightcrawler teleports from place to place.

Still, all 3 are guys! Surely they could have come up with a female character or two for me to play as well? Storm would've been fun, or any of the myrid of other females in the storyline.

The sound in the game is great because in general they used the correct voice actors from the movies. So you get to hear Patrick Stewart and all the rest giving their lines. It really does help to immerse you in their world.

On the other hand, the graphics are surprisingly poor for an XBox 360 release. I understand that X-Men was a comic strip. I understand the "artistry" behind wanting to keep up that same world. However, the implementation here comes across as pure silliness. You start with a speech being given - and the character who is "speaking" just stares, motionless, at the screen the entire time. Later scenes are even worse. It's almost as if you're watching popsicle-stick theater, with little cardboard representations of the characters being waved around.

I appreciate the thought behind this game, what they were aiming for. I think if they'd spent more time developing it, they could have had a really great result. The Iceman sliding and the Nightcrawler BAMPFing was very cool. If they'd added in more characters, provided a more involving environment and given a bit more intricacy to the main gameplay, it could really have been great. As it is, there's not a lot to draw you in and keep you playing.